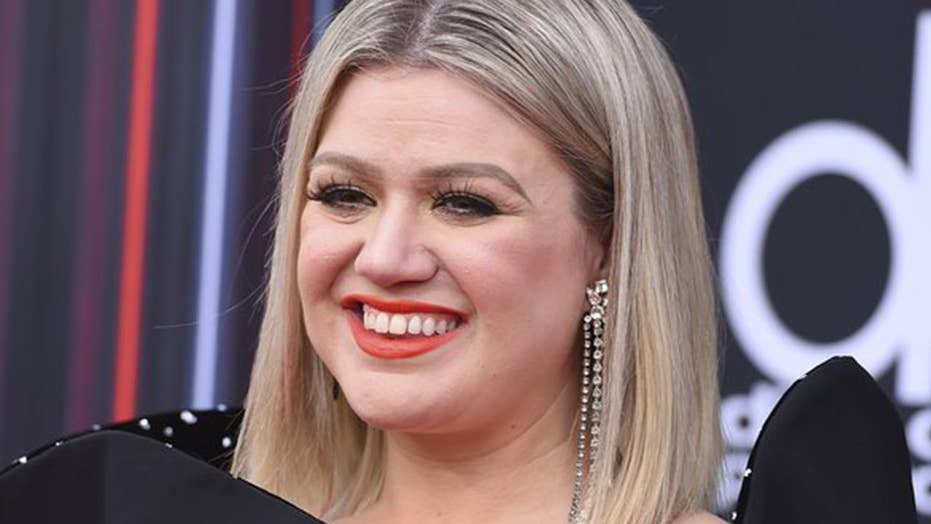 Hollywood Nation: The singer is reportedly shooting a pilot for a syndicated daytime talk show.

Kelly Clarkson accidentally confirmed she's going to be the host of a new daytime talk show.

Rumors about the project have been swirling for weeks, as entertainment sites reported in August Clarkson was filming a pilot with NBCUniversal Television Distribution. However, nothing was confirmed — until Clarkson herself spilled the beans during a guest spot on "The Tonight Show Starring Jimmy Fallon" Tuesday night.

"This is a big announcement. This has not been announced yet. You're getting your own talk show," Fallon quipped after Clarkson casually mentioned her new television show while discussing her busy schedule.

Clarkson then admitted she had already shot the pilot for “The Kelly Clarkson Show," which will premiere in the fall of 2019.

"I love talking; it's like my favorite pastime. It's hard for me to shut up though. You know, you have to listen to people that go on your show," Clarkson said. "That's the only thing I got to work on ... is listening."

The one-hour series will air on NBC-owned stations ahead of "Ellen."

"Yeah, I'm not nervous at all," a laughing Clarkson replied.

Clarkson said the show would be "very musical" with celebrity guests, skits, fan requests and more.

"[It will be] a fun, energetic show that breaks with tradition," the network added to EW in a statement Wednesday. "In each episode audiences will experience an hour full of remarkable stories, celebrity guests, spontaneous surprises, humor, heart and, of course, good music! It’s like a weekday brunch party with a fascinating guest list of people who would otherwise never meet.”

“I love connecting with people, playing games, music and finding ways to help or give back to communities/organizations,” Clarkson told the entertainment site.