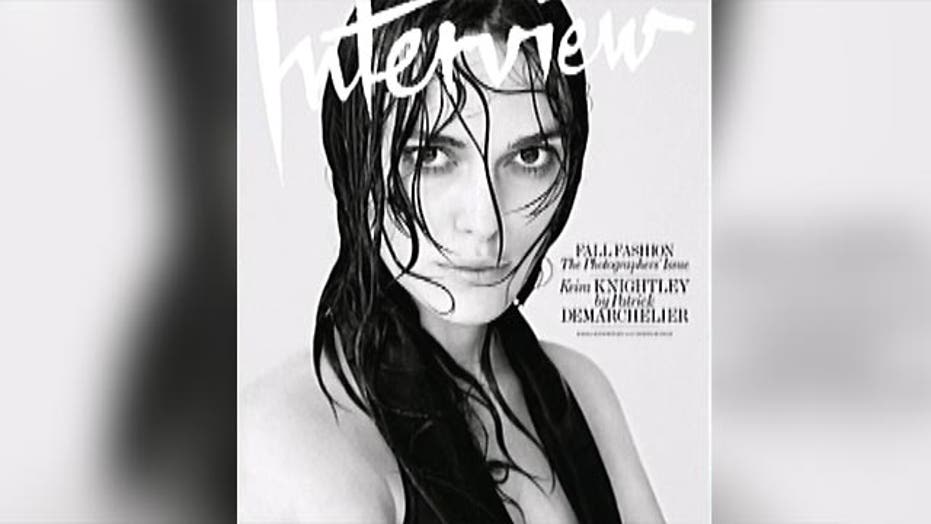 She’s not even doing a hand bra!

Keira Knightley posed topless for one of six covers of Interview magazine's September 2014 issue, but now she's revealing why she made the bold move for the photo shoot.

The 29-year-old actress bares all (in some NSFW pics) inside the mag, telling British paper The Times, that she bared all in an effort to show what she looks like without any re-touching.

"That [shoot] was one of the ones where I said: 'OK, I'm fine doing the topless shot so long as you don't make them any bigger or retouch.' Because it does feel important to say it really doesn't matter what shape you are."

NEWS: Keira Knightley Went To Prom With A Girl!

In 2004, an image of Keira on a "King Arthur" movie poster stirred up controversy after it was altered to give her larger breasts, putting her and the movie studio in the line of fire.

Knightley is not the only actress to fight back on Photoshopping. "Pretty Little Liars" star Ashley Benson slammed the show's promotional poster on Instagram last December, saying, “Way too much photo shop. We all have flaws. No one looks like this. It's not attractive."