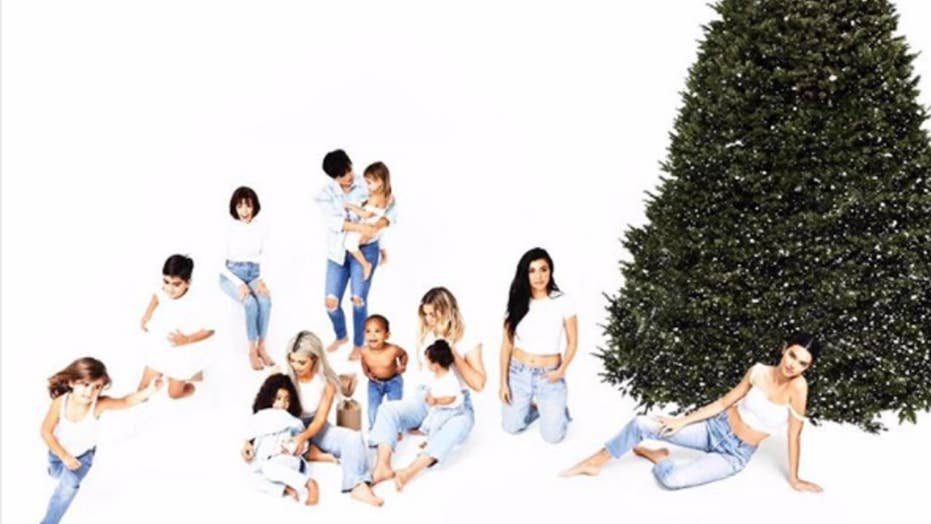 Kim Kardashian fans were disappointed Christmas day, when after weeks of teasing her family's Christmas card photo, it did not include her sister Kylie Jenner. Many were expecting the photo reveal to confirm Jenner’s much-rumored pregnancy.

Kim Kardashian’s fans were glued to their phones on Christmas Day, eagerly awaiting Kardashian’s tweet showcasing the family’s Christmas card – and many of those fans were disappointed when they saw the finished product.

Since the beginning of December, Kardashian has been dropping one image per day that included a snippet from the family’s famed Christmas card, and many fans and media outlets speculated the big reveal of the card in its entirety would confirm Kylie Jenner’s pregnancy. Jenner, 20, has yet to comment on rumors that she is expecting, and she was left out of all the images leading up to the card reveal, leading fans to think the big news would come on Christmas Day.

But when the card dropped on Kardashian’s Twitter and Instagram accounts on Christmas in the evening, fans jumped on the reality star when they immediately noticed Jenner was left out of the card altogether.

One fan wrote on Instagram to Kardashian, “This was the biggest let down ever.” Another echoed on Twitter, “Biggest disappointment of 2017.” One more replied, “KIMBERLY. What the hell?! No baby announcement?”

One wrote, “Where [the f—k] is Kylie we've waited all day (month, really) to find out if the rumours are true.” Another wrote, “Major letdown!!! Where's Kylie holding her belly?!”

Kardashian is pictured in the card with her children, North and Saint, and her sisters Khloe and Kourtney Kardashian and Kendall Jenner. Kourtney’s children are also in the family snapshot along with Kris Jenner, her mother and Rob Kardashian's daughter Dream.