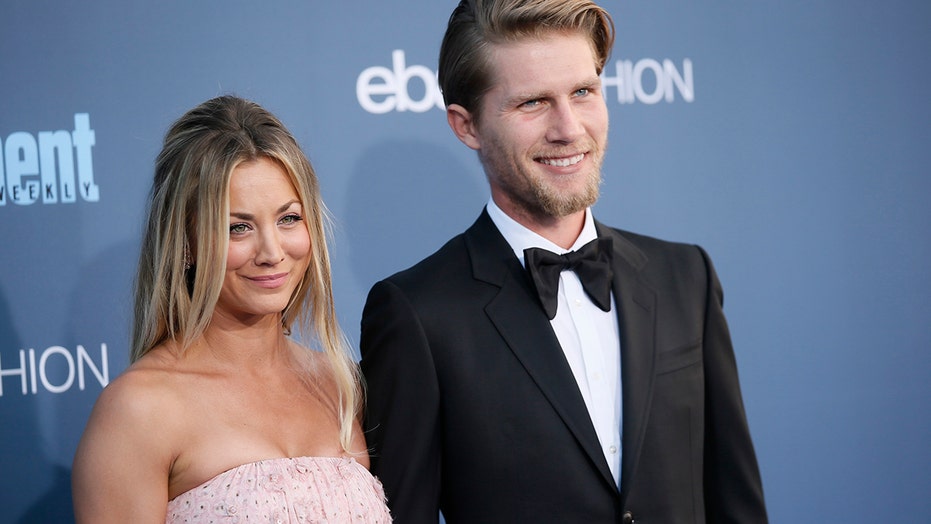 Former “Big Bang Theory” actress Kaley Cuoco revealed that she has officially moved in with her husband, Karl Cook, after nearly two years of marriage.

The star previously noted that she and Cook planned to finally cohabitate now that their Los Angeles home is no longer under construction. She commemorated the big day with a photo on Instagram of Cook kissing her on the cheek that she simply captioned, “HOME.”

The journey continued on the actress’ Instagram Story, where she showcased a slew of videos of herself and Cook inspecting their new home room by room and giving their many pets the freedom to wander the grounds.

Amid the tour was a video of Cook carrying the “Big Bang Theory” star and them gleefully going around showing things off.

Cuoco previously teased to Extra that she and Cook were finally moving in together after unconventionally living apart for two years after their wedding in June 2018.

"We are built, we are so excited,” Cuoco told Extra. "We have not spent an evening in it yet. Actually, Karl has been at home and I said ‘Why don’t you go and stay at the house?’ but he’s waiting for me to get there and have all the animals there."

Kaley Cuoco revealed that she and husband Karl Cook are finally living together after two years of marriage. (Reuters)

"So when I wrap in April, that will be our first time in our new house,” continued the actress -- who has been living in New York City while filming her upcoming HBO Max series, "The Flight Attendant."

She added: “We are going steady. He gave me his letterman jacket and we are moving in together."

Of people's reactions to the fact the couple wasn't living together, despite being married, Cuoco told Extra: “Everyone was like so crazed that we didn’t live together, they couldn’t believe. I was like ‘Why do you care?’ Didn’t understand it.”