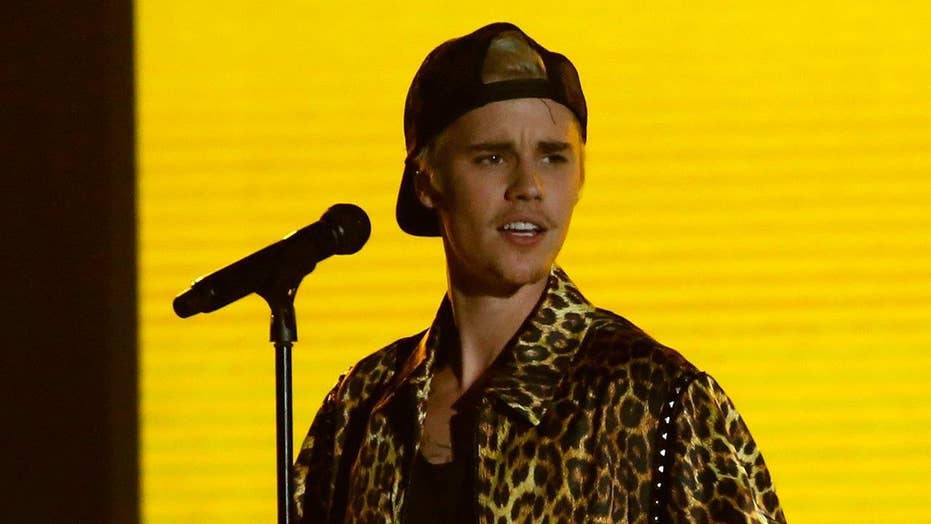 Justin Bieber is no longer a fan of the roaring masses. The 22-year-old "Sorry" singer stopped his Birmingham, England concert on Monday to make a special request to his fans.

"Can you guys do me a favor? Can you guys just relax for about two seconds?" the Biebs asked after he was interrupted in the middle of a story. "I get it, I get it, but I'm like two feet away from you. And I can hear you. I appreciate all the love, it's amazing. But can you show it in a different way? Screaming is just so obnoxious."

The crowd kept cheering, while a few people shouted out "boos," but the Grammy winner continued to explain his reasoning.

"I get it, it's been in our blood and it's ingrained... you go to a concert and you scream and stuff," he said. "But if you could just scream after the song, enjoy the song, and then take a chill pill for a second and listen to me speak. I don't feel like I'm being heard sometimes, and it gets a little frustrating. When I'm speaking, can you guys not scream at the top of your lungs?"

After the yells had died down a bit, Bieber then told the crowd about how he's had a hard time being away from his friends and family while on the road.

The Canadian star isn't slowing down anytime soon, with eight more tour dates in the United Kingdom this month alone and many more global stops spanning through March 2017.

This isn't the first time Bieber has shot down his fans. In May, he made a public declaration that he would no longer be snapping pics with the Beliebers.

"If you happen to see me out somewhere know that I'm not gonna take a picture. I'm done taking pictures," he wrote on Instagram at the time. "It has gotten to the point that people won't even say hi to me or recognize me as a human. I feel like a zoo animal, and I wanna be able to keep my sanity."

The Biebs also deleted his Instagram account in August after asking fans to respect his romance with then-girlfriend, Sophia Richie. The pair have since split, but the singer has not returned to his profile.