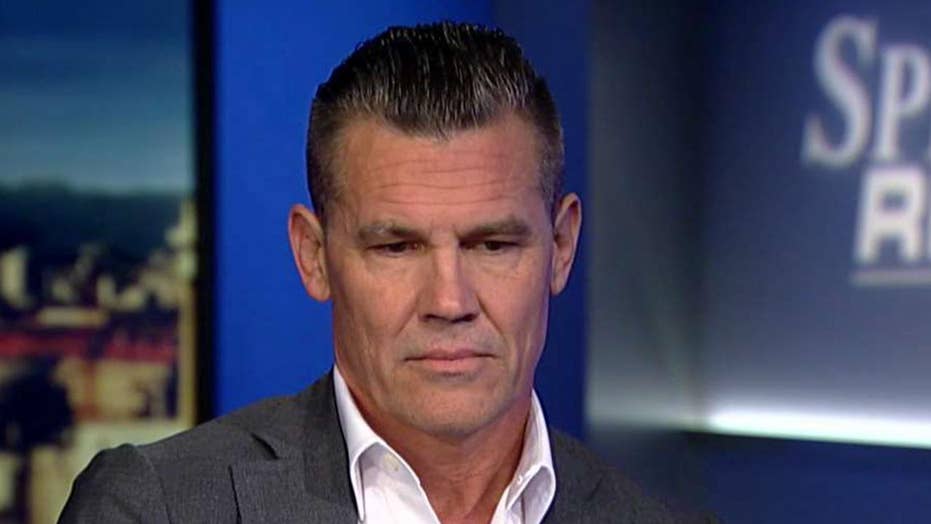 Josh Brolin opens up about 'Only the Brave'

On 'Special Report,' the actor shares the story of the Granite Mountain Hotshots.

Josh Brolin is opening up about his journey to sobriety.

In a lengthy Instagram post on Tuesday, the "Avengers: Infinity War" star, 50, marked five years of sobriety by sharing details about one of his past drunken nights before he gave up alcohol.

"Drunk: when you think you’re having a rip roaring time and the next morning you wake up and your brain has broken into a frenzied beehive and your body is shattered shards of sharp glass desperately searching for what fits where and your spirit is being eaten by worms with great white bloodied teeth and your heart has shriveled into a black prune churning your intestines to the point where dysentery feels attractive," Brolin captioned a photo of himself alongside two pals.

He continued: "And you can’t remember anything you did so you roll out of bed over last night’s urine and you dial your best friend’s phone number because you recall him lifting you over his head, your whole self, before you hit and broke through the drywall and, you think, a large aquarium and the phone on the other end rings and he picks it up, that clambering for a phone, the clumsiness of a hardline, and you say: 'What did I do last night?!' and he answers, after a great pause: '...Dude...'. #5years."

Last June, Brolin explained to The New York Times that when he would drink "all moral code" disappeared.

“So it’s like if I were to take that drink... after about halfway through, I would start thinking about jumping out that window... not to kill myself, but just because there must be somebody down there to catch me, and I wonder if I can pull it off or if I could land on that van. It just seemed like fun," he told the news outlet, adding that now that he's sober he wants to "live drunkenly" just without the drink.