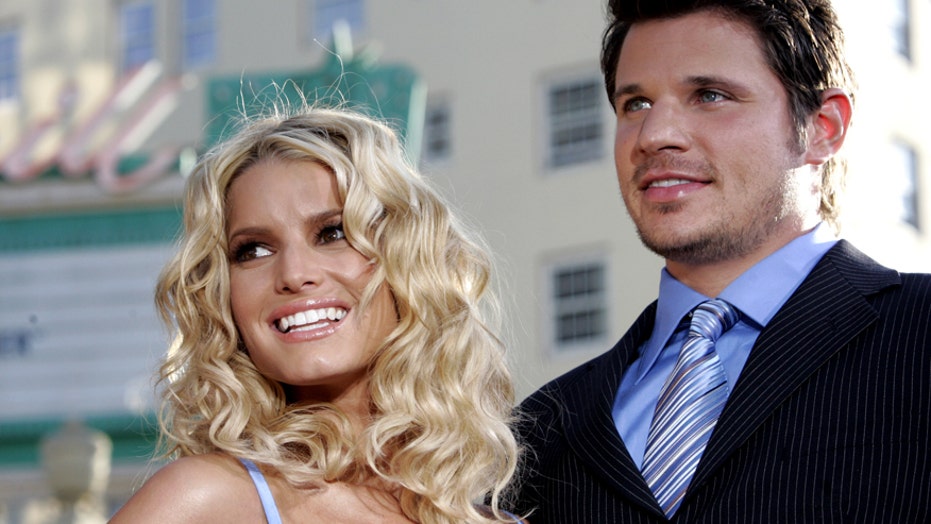 Jessica Simpson is coming clean about her marriage to Nick Lachey.

The singer and fashion designer discussed the pair’s history in her forthcoming memoir, “Open Book,” and divulged about meeting the boy-band singer at an industry Christmas party when she was just 18 and he was 25.

“Nick loved the fact I was so strong in my faith and that I had this wide-eyed innocent approach to life," she wrote in passages published by People magazine. "When he proposed in 2002, I said yes."

Simpson, now 39, said Lachey was her first love and she was enamored by the musician. Their relationship was featured in its own reality TV program, “Newlyweds: Nick & Jessica,” that chronicled their personal life and catapulted them to superstar status in pop culture.

Though their show only lasted from 2003 to 2005, Simpson said during this time she and Lachey struggled to keep pieces of their marriage intact and admitted that she felt she was doing their fans a disservice by pretending everything was perfect.

"I couldn't lie to our fans and give somebody hope that we were the perfect golden couple," she said. “We were young and pioneering our way through reality television, always miced and always on,” Simpson explains. “We worked and we were great at it but when it came time to being alone, we weren’t great at it anymore.”

She continued: “We really got crushed by the media and by ourselves. I couldn’t lie to our fans and I couldn’t give somebody hope that we were this perfect golden couple.”

Eventually, Simpson would ask for a divorce in 2005, and an agreement was finalized in 2006.

"I didn't know myself,” she admitted of her younger self.

Now, some 15 years since their dissolution, Simpson said she carries no malice or ill-will towards Lachey and said she even checks herself before saying anything that could potentially be damning to him, especially taking into consideration his current marriage to Vanessa Minnillo Lachey.

Simpson maintained: "We meant a lot to each other and we always will. I want to be very respectful because I married him for a reason and we were together for seven years for a reason. He has a family now and I would never say anything to disrespect that."

Simpson has since held down relationships with John Mayer and Tony Romo. She is now married to Eric Johnson, with whom she shares three children, Maxwell, 7; Ace, 6; and Birdie, 10 months.

“Open Book” is slated for release on Feb. 4.