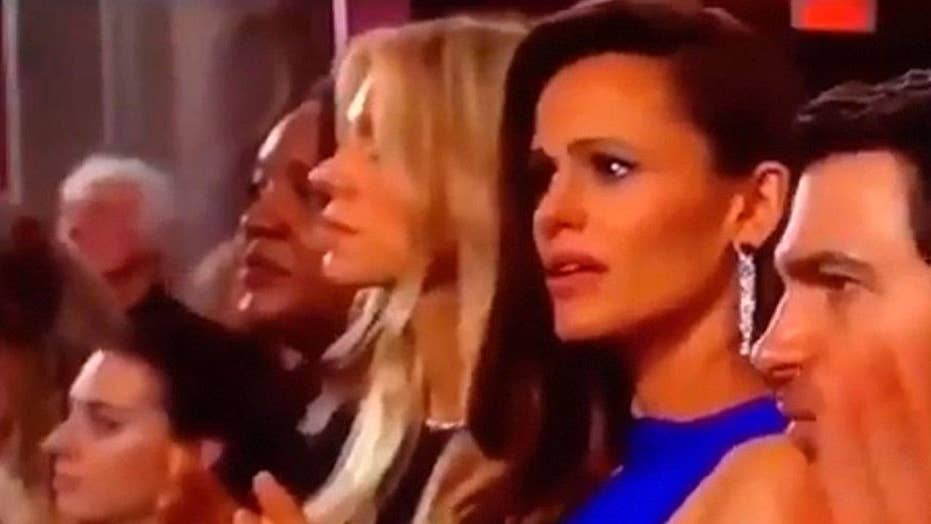 In her Instagram story, Jennifer Garner attempted to weigh in on the horrified face she made during the show that went viral. But the truth is, it seems, she doesn't know what was going on during the moment that cameras caught her looking shocked.

Jennifer Garner is just as lost as her hilarious Oscars meme! The 45-year-old "Love, Simon" actress spoke about her concerned face from the 90th Annual Academy Awards earlier this month.

Garner cringed at the photo of herself adding, “What is wrong with me? I want to just punch her in the face.”

Admitting she had no clue what she was thinking in that moment, Garner added, “I wish I did. I wish I had a better story about it.”

DeGeneres also asked Garner about a funny video of her after the dentist, high on laughing gas and gushing about the musical "Hamilton."

Jennifer Garner On Her 'No Wonder Women Kiss Women' Realization

Noting that she’s “a little bit of a lightweight,” Garner added, “'Hamilton' really is that beautiful! I was listening because I didn’t want to hear the drill, and I was crying, weeping during the procedure and he was like, ‘Are you OK?’”