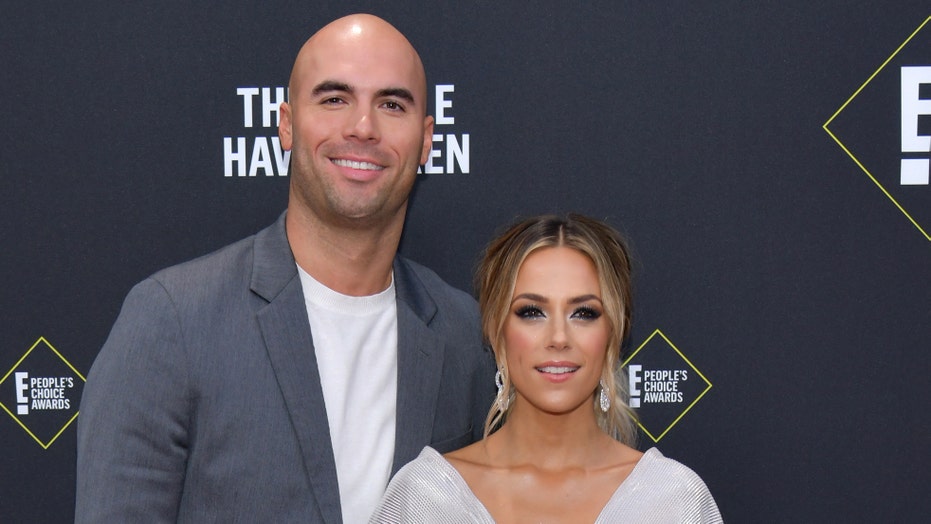 Jana Kramer is opening up about the latest round of rumors surrounding her marriage.

The "One Tree Hill" alum, 36, and her husband, Mike Caussin have previously worked through marital troubles after it was revealed that Caussin, 33, suffered from sex addiction and had cheated on his wife.

During an episode of the couple's "Whine Down" podcast, the singer revealed that she received a message on Twitter, alleging her husband had once again been unfaithful.

"The reason why it caught me off guard was because the very first time I found out Mike cheated on me was through a DM," she said. "Automatically, I'm in freak out mode."

The "I Got the Boy" singer did some investigating and saw that the account she received a message from had zero followers.

Kramer responded and had a conversation with the user, who had some information the singer said "could be valid," but ultimately, didn't have proof.

Eventually, the star confronted her husband and he denied such allegations.

"It crushed me," said Caussin of learning about the allegations. "It sucks that she can't default to trusting me. It sucks that I've done what I've done in the past to create that in our relationship right now. My hope is that years down the line, if something like this happened again, she would be able to bring it to me and we would almost be able to laugh about it because there's so much trust in the bank."

The former football pro suggested Kramer call the Twitter user and later found that the account was deleted.

JANA KRAMER REVEALS SHE AUDITIONED FOR THE 'REAL HOUSEWIVES' FRANCHISE

While the couple is in a good place, Kramer admitted that she's still having a little trouble believing in her husband's honesty.

"Do I believe it fully? No. Do I still have a percentage of doubt? A little bit just because I'm human," she explained.

"You were so adult around all of this and I commend the hell out of you because that can't be easy," he said. "The triggers and the trauma and all of that -- nobody would blame you for going off and shooting from the hip so I commend you for the work that you did and for us, the work that we did around the situation."

The star concluded by thanking the Twitter user for helping to prove that she can trust her hubby.