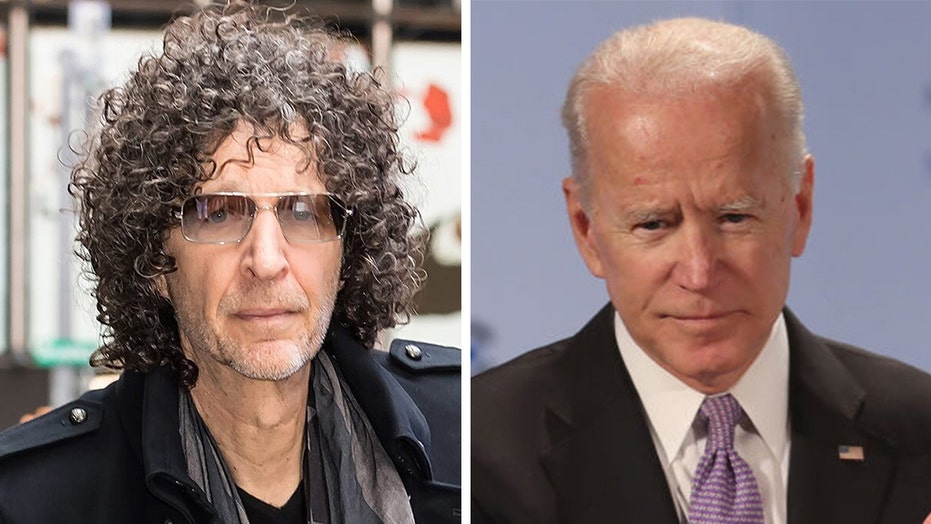 Howard Stern announced on his radio show Monday that he's "all in" for Joe Biden as the next president.

The legendary radio personality made the revelation after President Donald Trump suggested last week in a press conference ingesting disinfectant or using ultraviolet light to help fight coronavirus -- which he later said were sarcastic comments.

"What's it going to take? I don't get it," Stern said, referencing Trump's recommendation. "I don't think there is anyone left who will vote for him."

He later said, "I am all in on Joe Biden.

"You see the wall that's right next to you, I'll vote for the wall over a guy who tells me that I should pour Clorox into my mouth. Listen, I think we are in deep s--t. I think we could have been ahead of this curve," Stern added.

The shock jock endorsed Hillary Clinton in the 2016 election and sat down for a two-hour-plus interview with her in December, during which they covered her failed campaign against Trump.

Howard Stern said he is voting for Joe Biden for president on Monday during his radio show.  (Reuters)

“Obviously I was crushed, I was disappointed and I was really surprised because I couldn’t figure out what had happened," she said of losing the election.

Stern, who had a friendly relationship with the billionaire before he went into politics, said that Clinton would have made a "spectacular" president.

At one point Stern said he wished she would have embarrassed Trump when sharing debate stages by asking him to point out specific countries on a map.

“I had this fantasy,” Stern said as Clinton cackled before declaring that she won the debates.

“It no longer matters as much,” she said of debate victories. “That’s what bothers me.”

Stern told Clinton she was “too nice,” while she said she had to show restraint because she is a woman.

“Suppose I had turned around and said, ‘Back up you creep, you’re not going to intimidate me,’ the headlines would have been ‘lost her calm,’ ‘switches into being angry,’” she said.