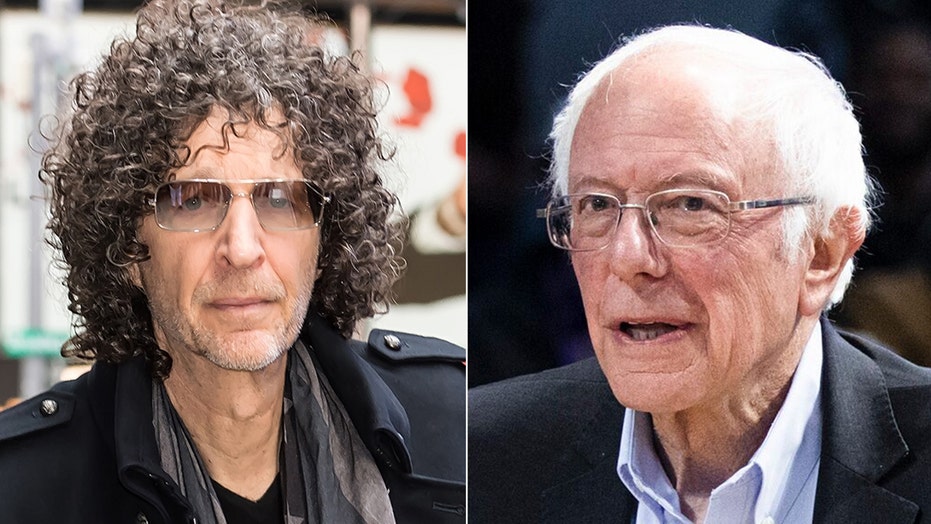 Howard Stern laid into Democratic presidential hopeful Bernie Sanders during a recent episode of his show, referring to the self-proclaimed democratic socialist as “Karl Marx Jr.”

The host was discussing the coronavirus during a segment on his popular SiriusXM show ahead of Super Tuesday before some big wins in key states allowed Joe Biden to contest what had been Sanders’ runaway victory to that point. Stern noted that he was less worried about the virus and more concerned with what’s going on in politics.

“I’m more concerned that Karl Marx. Jr. is going to get the Democratic nomination,” he said in a clip shared by Twitter user Barry Rubin.

His co-host, Robin Quivers, asked the 66-year-old if he was, in fact, referring to Sanders.

Howard Stern took jabs at Bernie Sanders during a recent episode of his SiriusXM show. (Reuters)

“Yeah! It’s unbelievable. Listen if a Democrat wants to win against Trump, we can’t have Karl Marx Jr.,” Stern continued. “Karl Marx. Jr. ain’t going to win the general election. It’s not going to happen. What they need is a good, strong moderate to be the candidate and Karl Marx Jr. backed Casto, and Karl Marx Jr., all the sh-- he wants to get through. All the free Medicaid and all the free college. No one is going to pay for it. No one in Congress, Democrats or Republicans, are going to approve it and neither is the Senate, so we’re going to be sitting there…”

Stern went on to lambaste the candidate for his attacks on billionaires in the United States, going as far as to do an impression of Sanders.

“‘I don’t think there should be any billionaires, we should take that away,’” Stern said while imitating Sanders. “I would have turned to him and said, ‘OK, now there’s an interesting notion…’”

Bernie Sanders was lambasted by Howard Stern during a recent episode of his SiriusXM show. (AP Photo/Patrick Semansky)

Stern continued: “‘All of America is based on... So tell me, give me your utopian vision, Karl. How much money should anyone be allowed to make? And by the way, Bernie, when I’m president, I don’t like people who have three homes. So, I’m going to take away two of your homes because you have three of them. How do you feel about that?’ I don’t believe he’s going to win the general election so if you’re a Democrat and you don’t like Trump, I mean… I think Trump is probably doing a dance.”

Stern takes the presidential race against Donald Trump seriously, having previously revealed during a “Good Morning America” interview in May 2019 that he feels partially responsible for getting Trump elected in the first place.

"The way I helped Donald was I let him come on and be a personality. Whether you liked him or not, people related to him as a human being,” Stern said, adding that he wishes he had been able to do the same for Hillary Clinton, who he said he "wanted to see" win.