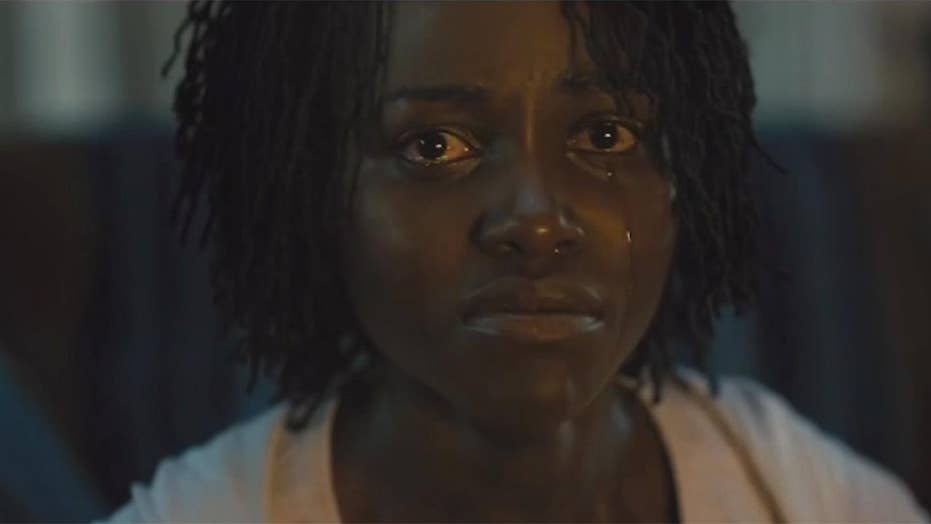 Scared and weird are some of the descriptions on social media being used for Universal Pictures new horror movie “Us.” It is also how many on Twitter are describing the film’s scenic location.

“The movie ‘Us’ really got me scared to go back to Santa Cruz and that’s my [favorite] vacation place,” one Twitter user said.

“I already had a weird fear of the fun houses in Santa Cruz. Now thanks to ‘Us’ I’m NEVER going in one ever again omg. Such a good movie!” another person said on Twitter.

Movie fans have made “Us” a hit across the nation, with a record-breaking opening weekend, but it is the reaction to film’s locale on social media that is getting attention.

JORDAN PEELE'S 'US' SCARES AWAY BOX OFFICE COMPETITION WITH $70.3 MILLION IN TICKET SALES

“Us killed my desire to go to santa cruz,” another person said on Twitter.

The film, which opened to the largest box office ever for a horror movie with more than $70 million, depicts a family attacked by their doppelgangers in Santa Cruz, Calif.

But scared viewers who watched the movie have also posted their reaction, which gives the impression that; the coastal destination should be avoided.

“The comments are a little tongue and cheek,” said Visit Santa Cruz film Commissioner Christina Glynn, who is encouraged by what the movie has done for the area, both financially and culturally. “Response has been overwhelmingly positive.”

Writer and Director Jordan Peele chose the film’s location because it was not what audiences would expect.

“Santa Cruz has a really fun vibe,” Peele said in press notes for the film “I love the idea of subverting idyllic locations.”

Santa Cruz mayor Martine Watkins couldn’t be happier with the movie and where it takes place. “The City of Santa Cruz applauds the success of the new “Us” movie and it’s setting in our beautiful community.”

Not all social media users are giving in to their fears and vowing to stay away. Thanks to “Us,” some now want to come and see what the city and boardwalk has to offer.

“I just saw @jordanPeele ‘Us’ and it was terrific. I partially grew up Santa Cruz and now all I want to do is visit it!” one Twitter user wrote.

The famed Beach Boardwalk is one of the last seaside amusement parks in the nation and has been entertaining people since it opened in 1907. It has appeared in many film and television productions over the years, but its horror movies like Peele’s “Us” and the iconic 1980s vampire film “The Lost Boys” that resonate with fans.

“Us is this generations Lost Boys. You’ll never look at the Santa Cruz Boardwalk in the same way again,” said one Twitter user.

Increased attendance is expected at The Santa Cruz Beach Boardwalk in the wake of the movie, which means more money for the community.

Boardwalk communications manager Brigit Fuller wants viewers to remember that even though it might be scary, it’s all just fantasy and movie magic.

“The vast majority of Boardwalk visitors know that the doppelgangers in ‘Us,’ the vampires in ‘The Lost Boys,’ and the transformers in ‘Bumblebee’ aren’t real,” Fuller said. “They also understand that King Kong didn’t really climb the Empire State Building.”