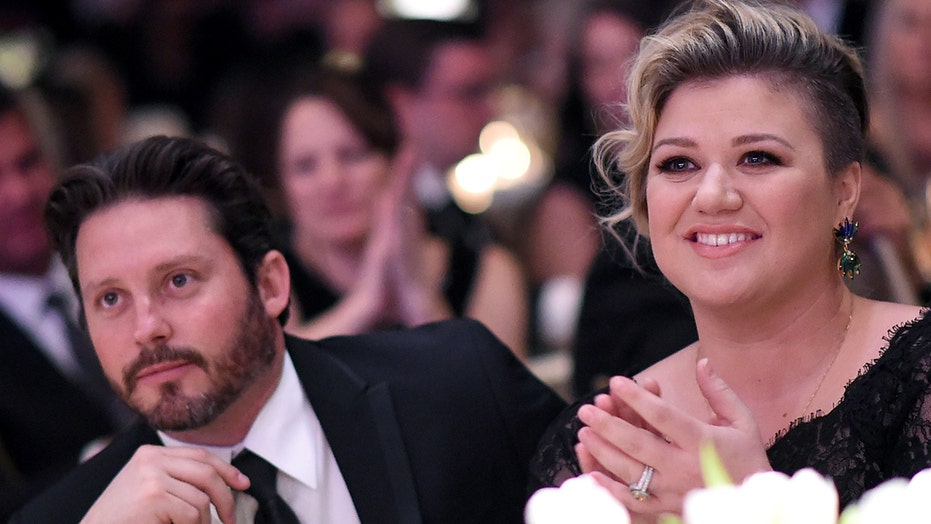 This year proved to be another challenging time for couples who either saw their marriages dissolve completely or the dissolutions continue to play out in the court system in a bitter fashion.

Here is a snapshot of the couples who have ended or are ending their vows in dramatic style.

Kelly Clarkson filed for divorce from her estranged husband Brandon Blackstock in June 2020, citing "irreconcilable differences" but it wasn’t until this year that things heated up for the daytime talk show host in a big way. In July, a Los Angeles judge ruled that the "Voice" star is required to pay $150,000 to Blackstock each month in spousal support.

Additional monthly payments of $45,601 per month will also be made to Blackstock for child support, according to People.

The "Kelly Clarkson Show" host's monthly payments to her estranged husband total $195,601, which comes out to $2.34 million over a year. Clarkson was also ordered to pay Blackstock $1.25 million to cover his attorneys' fees in their divorce case, the report states.

In addition, Clarkson was able to hang on to her Montana ranch after a Los Angeles Superior Court judge opposed Blackstock's previous petition that the property in question was "marital property."

According to the filing, dated Oct. 1, a judge ruled that "the Montana ranch and the other two Montana properties are not titled in both of the Parties' names either as joint tenants with right of survivorship or as tenants by the entireties, as required under the PMA to create marital property. The court therefore rejects Respondent's position that the Montana ranch and other Montana properties are marital property owned 50/50 by the Parties."

Multiple outlets report that Blackstock, 44, has been residing in the Montana ranch amid his divorce from the TV personality and singer.

Meanwhile, Clarkson has also been sued by Starstruck Management Group, a company owned by Blackstock's father, Narvel Blackstock, for some $1.4 million in unpaid commission in addition to the $1.9 million the "American Idol" alum had already paid.

Clarkson has worked closely with her estranged father-in-law's company since 2007 and according to Us Weekly, the Blackstocks allege she has yet to fork over at least $5.4 million total commission for her work on "The Kelly Clarkson Show" and "The Voice" in 2020.

However, Clarkson would respond to the complaint and alleged in her own countersuit filing that the management group had violated the California Labor Code by "procuring, offering, promising, or attempting to procure employment or engagements" without proper licensing.

Narvel Blackstock fired back in a statement to Us Weekly at the time: "[Clarkson's petition] conveniently ignores the fact that Kelly had her own licensed talent agency [Creative Artists Agency] at all times."

"While Starstruck Management Group provided talent management services on her behalf, it did so at all times that CAA was her agency of record," the memo continued. "It is unfortunate that Kelly is again attempting to avoid paying commissions that are due and owing to Starstruck to try and achieve some perceived advantage in her ongoing custody and divorce proceedings."

It’s been quite a year for the "Real Housewives of Orange County" alum who finalized her divorce from former MLB slugger Jim Edmonds in May before leaping into another marriage to Joe Biden’s nephew, Cuffe Owens, in September after a month-long engagement.

Edmonds, 51, filed for divorce from King, 37, in October 2019 after five years of marriage amid a sexting scandal and an alleged affair with their children’s nanny that he denied. The former pair finalized the terms of their divorce in May.

King moved on with Owens but after just two months of marriage, she and the 42-year-old have also called it quits.

"I’ve been asked by many outlets and individuals to comment on the state of my marriage," King wrote in a statement on her Instagram Story on Monday. "I am rattled. This situation is profoundly devastating."

The reality star continued, "This is obviously not what I imagined when I made my vows — and I’m shocked and saddened by the way things turned out."

"At this time I ask for your grace and gentle kindness as I navigate this labyrinth of grief with my family," she maintained and explained that she is "moving forward" with her children as they "privately process [their] pain and begin to let go of shattered dreams."

The "Voices" singer, 37, and Mike Caussin finalized their divorce in July after a rigorous separation.

Kramer spent her first Thanksgiving as a divorcee while the former couple’s two children spent the holiday with Caussin, 34.

"I’m beyond thankful for my beautiful babies," the "Whine Down" podcast host shared to Instagram at the time. "My heart hurts not being with them today and I have a feeling whether it’s the first holiday apart or the 30th there will always be an ache in the heart."

Kramer said she was trying to focus on the positive and how "grateful and thankful I am that I’m their momma."

"Thinkin of all the others that are having a ‘first holiday of loss or missing’ or just a difficult time," the singer concluded. "Let it out and then let’s eat and drink our feelings."

Kramer first announced a split from her husband of six years in late April. Divorce records show that Kramer listed the date of their separation as April 20. She officially filed for divorce in Williamson County, citing "adultery" and "inappropriate marital conduct" as the reasons for ending the marriage.

The "Real Housewives of Beverly Hills" star, 50, filed for divorce from Girardi in November 2020. She and the lawyer had been married for over 20 years.

After filing for Chapter 7 bankruptcy, Girardi's firm began liquidating its assets this year amid the mounting case against the pair, who have been accused of divorcing in order to protect their money and assets.

In a Hulu documentary titled, "The Housewife and the Hustler," which was released in June and centered on the couple’s purported fraud and legal troubles, Girardi was shown in a deposition admitting that he was broke.

Girardi has been plagued with health issues. His lawyer previously said Girardi suffers from dementia. It ultimately led to the once-esteemed litigator losing his law license in March.

Jayne has not been formally charged with any crimes.