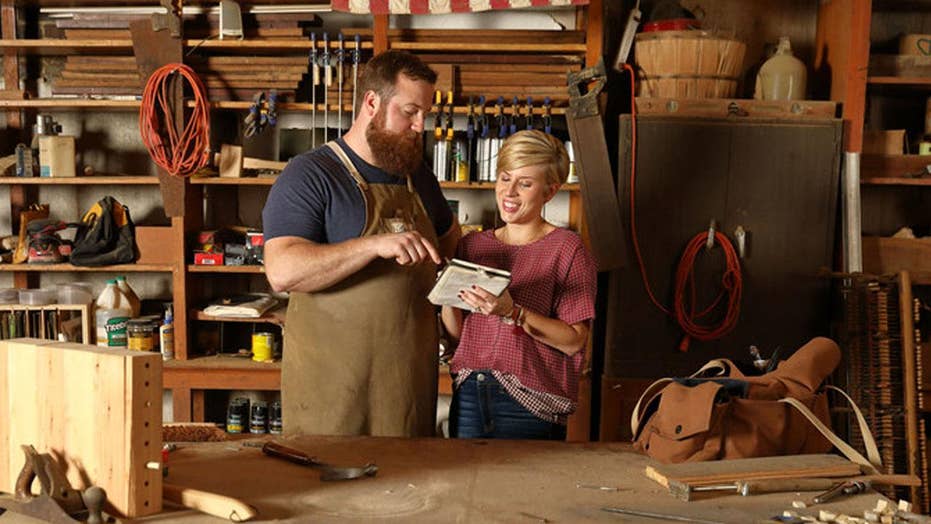 Meet the stars of ‘Home Town’

"Home Town" star Erin Napier announced on Sunday she is expecting her first baby with husband Ben in a lengthy blog post titled "Our Secret."

The Mississippi reality TV star said in the post she was seven months pregnant and waited to tell fans about the couple’s growing family because “it felt too close and too important to share.”

“I am now almost 7 months pregnant, and it has been thankfully a healthy and easy pregnancy. The long hours of filming have been hard on my very tired body each day, and in the first trimester there were headaches daily but never morning sickness. I thanked God for it, and still do,” Napier wrote.

She added the girl will be named Helen, after the star’s grandmother.

Napier said she felt a change in her body that prompted her to taking a pregnancy test. She admitted that even though she has been married to her husband for nine years, becoming a mother was her “greatest, and most hated fear."

“It had followed me since I saw the photos illustrating childbirth in my daddy's medical books at the tender age of 6. I didn't want to be afraid of it. I wanted to be like the other women in my life who never considered pregnancy something to be feared,” she wrote in the candid blog post.

Napier said fans can follow her pregnancy on the second season of “Home Town,” which is expected to air next year. She said her growing baby bump has become harder to hide in their hometown Laurel, where the home renovation show is also filmed.