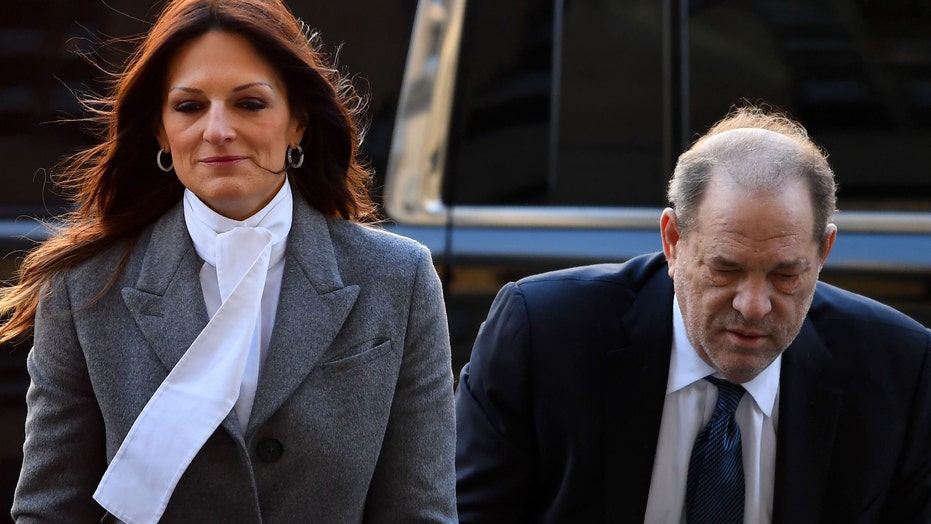 Harvey Weinstein's attorneys Donna Rotunno and Damon Cheronis weigh in on the trial and final verdict.

During a visit to Fox News' "The Story" with Martha MacCallum, Harvey Weinstein's defense attorneys Donna Rotunno and Damon Cheronis discussed the guilty verdict that the former Hollywood film producer received on Monday after several weeks of trial.

Weinstein, 67, was found guilty of third-degree rape for an assault on an aspiring actress in 2013 and of a criminal sex act for forcibly performing oral sex on production assistant Mimi Haleyi at his apartment in 2006. The jury found him not guilty on the most serious charge, predatory sexual assault, which could have resulted in a life sentence. He was ordered to jail by the judge immediately after the conviction.

Rotunno admitted that she was surprised by the verdict and felt it was brought about partly because the jury felt they couldn't leave without a guilty verdict.

"I think the evidence just didn't support a guilty finding on any counts," Rotunno stated. "I think the jury was in a position where they looked at a verdict sheet of five counts and felt that they couldn't walk out of there and convict him of nothing."

Rotunno admitted that Weinstein was "shocked" by the verdict "because he knows he didn't rape anyone."

The pair also discussed the emotional moments that took place during the trial, including one from a witness that was so severe that it temporarily halted the trial.

Rotunno said such high emotions could have played a part in the guilty verdict, despite their efforts to prevent that from becoming a problem.

"It was one of the things we were hoping we could deal with in jury selection," Rotunno said. She claimed that they asked potential jurors, "We know that this is going to be emotional and we know that they're going to be asked hard questions. Can you set that aside and look at the evidence?"

Rotunno also discussed whether she maintains her beliefs in Weinstein's innocence despite facing accusations from 80 women.

"I believe he's innocent of the crimes that we were dealing with in our case itself," she said. "In terms of what the jury was asked to find guilt or innocence on, I believe that Mr. Weinstein is innocent of those charges based on the evidence I was able to review and deal with and live with for the last nine months."

Evidence, Cheronis said, that included sentiments for Weinstein, proving positive relationships with his peers and even accusers.

Harvey Weinstein and his attorney Donna Rotunno arrive at a Manhattan courthouse to attend jury selection for his trial on rape and sexual assault charges, Friday, Jan. 17, 2020 in New York. (AP Photo/Mark Lennihan)

"Our problem with the case was the type of contact, the type of emails, the type of loving responses that, just to us, did not add up to a non-consensual encounter," Cheronis said.

Following the verdict's announcement, Rotunno said she planned to file an appeal "as soon as possible," explaining that Weinstein is "tough and strong" despite his "difficult" medical condition. Rotunno mentioned that Weinstein had been experiencing high blood pressure and heart palpitations while en route to Rikers Island.

During the interview, Rotunno also said that "there was an issue with one of the jurors and the information that she had coming into the case," which stands as grounds for the appeal. She also cited several other reasons, including "issues with regards to evidentiary matters."

Weinstein will face a second trial in Los Angeles for similar crimes. Rotunno said, however, that she was currently unsure of whether she'd be handling that trial as well.