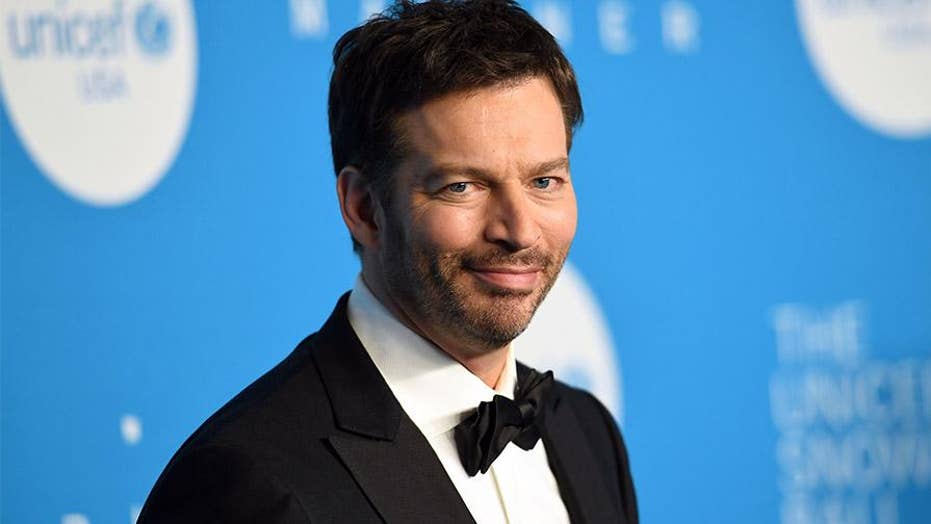 Harry Connick Jr. reveals his surprising new gig, says talent to perform 'was given by God'

Harry Connick Jr., who is moving on from daytime TV, shares his surprising new gig involving music and explains why he believes his passion to perform 'was given by God.'

The singer, who has been married to former Victoria’s Secret model Jill Goodacre since 1994, recalled the “unpleasant” encounter with Frank Sinatra during an appearance on Tuesday’s episode of UK’s “This Morning.”

The 52-year-old claimed that the legendary crooner, who died in 1998 at age 82, had embraced the now-55-year-old, who was his girlfriend at the time, called her beautiful before kissing her shortly after Connick Jr. had “blanked out” when he attempted to sing for Sinatra.

While Connick Jr. did not reveal when this specific moment happened, the couple met at a party in 1990 at the height of Goodacre’s career, People magazine reported. The pair tied the knot four years later.

HARRY CONNICK JR. GETS CANDID ON HIS LASTING MARRIAGE TO JILL GOODACRE: 'SHE'S STILL MYSTERIOUS TO ME'

“That was an unpleasant experience because as much as I wanted to sing for him and everyone else… I don’t get nervous but I was really nervous about that and I blanked out,” Connick Jr. recalled, as reported by The Daily Mail.

“I completely forgot the words,” he continued. “I was with my wife, then my girlfriend, and then we saw Frank… and I said, ‘We should go, I need to explain myself.’ I said, ‘I’m sorry I’m much better than what I saw,’ and he took my wife and held her face and said, ‘You’re beautiful,’ and kissed her on the mouth and that’s that.”

Connick Jr. admitted he was shaken by Sinatra’s bold move on Goodacre.

“I’ve never been able to sing for him again,” he said. “It was probably unacceptable then. It was a situation where it was an interesting thing. I think my affection for him in the context made it hilarious for her, but obviously it’s completely inappropriate.”

‘50S ACTRESS KATHLEEN HUGHES RECALLS WORKING WITH FRANK SINATRA, BECOMING A PINUP: ‘IT WAS SO UNEXPECTED’

RUTA LEE RECALLS WORKING ALONGSIDE FRANK SINATRA, ALEX TREBEK: ‘I LOVED EVERY SINGLE SECOND OF IT’

“Jill’s my best friend and I've known her now for 27 years,” he said at the time. “And for me, it's all about my maintaining interest in her. I mean, she's fascinating to me, she's still mysterious to me, I'm still very interested in her and everything that sort of makes her tick, and I think it's mutual.”

“We never really think of it in terms of keeping the spark going,” he shared. “I love being around her, I respect her infinitely, and I admire her so much. She's a hero of mine. We just take it day-to-day, and you know, count our blessings really.

“… All I can do is speak from my own experience… I have three daughters, so I have a little bit of experience… And in my experience, love and respect are paramount, and that's what my relationship with Jill is predicated upon, and that's what we try to teach our girls. I think respect in general and love are two things that we could use a lot more of. All I can do is try to walk the walk and improve and be a good a person as I can be.”