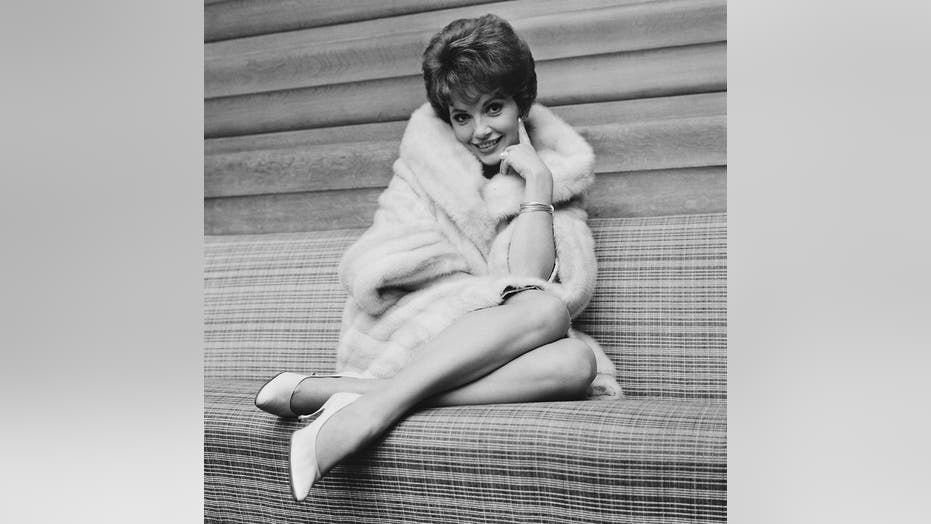 Ruta Lee has been keeping busy in Hollywood for over six decades and she wouldn’t have it any other way.

The actress got her big break when she was cast as the youngest in 1954’s “Seven Brides for Seven Brothers,” which quickly led to a lasting career working alongside Frank Sinatra, Fred Astaire, Audrey Hepburn and Lucille Ball — just to name a few. These days, the 84-year-old fills her schedule mostly leading The Thalians, a charitable organization devoted to mental health awareness.

Most recently, Lee attended the special exhibition titled “Marilyn Monroe: 17 Years in the Making” at Beverly Hills’ Edward Lowell Gallery. Andrew Weiss, reportedly the owner of one of the largest collections of original, signed photos of the late movie icon, held a sale on what would have been Monroe’s 93rd birthday.

Lee spoke to Fox News about getting discovered and the many film icons she discovered along the way:

Fox News: How does it feel to honor Marilyn Monroe?
Ruta Lee: We’re both Geminis. Unfortunately, I never ever was able to say hello to her, but I’ve always worshipped at her shrine.

Fox News: How were you discovered in Hollywood?
Lee: Let’s put it this way — it was no big discovery. But the first job that I got paid money for and got my union card through was when I was about 16 or so. It was on the "Burns and Allen" show. They were huge stars in their day. I got to play a couple of those shows. It’s because I was working at a little theater while in high school. One of the associate producers on the show thought I had enough energy in me. So I did the job.

Every once in a while it still shows up on TV. But that was my first television job. Then my first movie job was "Seven Brides for Seven Brothers"… I went to that audition. The producers watched me do a little ballet – I was a dancer in those days – and they said: “Can you do something a little folksy?” Well, I can do the Lithuanian Polka! That’s my background, which is Polish, German, Russian and Lithuanian rolled into one. Needless to say, that folksy dance got me my job. My mother was on her knees praying in the church across the street from the casting department. Obviously, she had her prayers answered.

Fox News: How was it playing Tyrone Power’s secret love in "Witness for the Prosecution"?
Lee: I was young and stupid. I thought, "Oh, this happens all the time. This is quite ordinary." Of course, there was nothing ordinary about it. The way I got the job was incredible and working with Ty Power and Marlene Dietrich and above all, Charles Laughton and Elsa Lanchester — that was just so marvelous. And somewhat overwhelming.

Fox News: What was your initial impression of Marlene Dietrich?
Lee: The impression that I first had is the impression that I remained with, which is very, very cool to young girls. And I don’t blame her. She took one look at my blonde hair on film and said, "Nein, forget it." I became a brunette overnight. She always was a little bit cool, but I must say that I admired her know-how. She knew what it took to always look good on film. She knew lighting — she knew the lights that were necessary. She knew angles. She knew dressing — she knew all of that better than anybody.

I distinctly remember her saying on the set, "I need a little light from down below shining up against my cheek to highlight my cheekbone." The cinematographer said, "No Marlene, you don’t need it. Besides, we don’t have those little bulbs." She said, "I do." She opened a trunk that was nearby. Inside were all kinds of lighting paraphernalia. She wasn’t going to take "No, we don’t have it" from anybody.

Fox News: How was it working with Frank Sinatra in "Sergeants 3"?
Lee: We laughed the whole damn time. I just feel sorry for our director who had to try to get everybody to stop laughing long enough to do a take. We were dealing with Frank, who was quite funny himself. Dean Martin was the funniest human being God put on this earth. Joey Bishop was very funny too. It was one hilarious hour after another. And I loved every single second of it.

Fox News: It’s always been said Frank was a one-take kind of guy. Was it true in this film?
Lee: Yes, it was. I mean, he might go twice, but not much. But he was very, very good about saying, "Listen, take all the time you need. Check everything twice. Three times. I will give you all the time you need. But when we come into the set, we’ve rehearsed it for you. I don’t want to hear, ‘Ooh, there was a creak in the track.' I don’t want to hear, 'Ooh, a light went out.' I don’t want to hear anything like that. We’ll give you the best we have. And I want to come into the best you have."

Fox News: What's the secret behind the success of "Seven Brides for Seven Brothers"?
Lee: I think the fact that it was made on a low budget compared to the movies that MGM was making then, the big musicals that were very costly. They thought this film was a cutesy-pie kind of thing they'll make. It turned out to be the biggest money-maker for them. It was just wonderful. And I think the fact that it was done with not a lot of huge stars… some had done a lot of dance films… but everyone was still kind of new to movies. So the enthusiasm that came from everybody appeared in the film.

Fox News: You appeared in "Funny Face." What surprised you the most about Audrey Hepburn?
Lee: It’s well known that Audrey was as thin as a rail, which was true. I once asked her, "Do you diet?" She answered, "I love to eat, but what I do is I order everything that strikes my fancy and then I just take one bite of it. That way, I satisfy my need for the taste and sweetness. But I don’t eat it all." And that’s how she maintained her weight — order it all, but forget the rest.

I guess the other thing that enchanted me was the fact that Fred Astaire befriended me. He was always very dear and very nice to me. He would send me little notes saying, "You were marvelous," or, "I didn’t care for [this look] as much – maybe try a different lipstick." And did I save any of those? No. Isn’t that awful?  I never thought it was of great importance. But we stayed good friends. His daughter became one of my friends, too. In fact, she would say, "Daddy, do you want to come over for dinner?" He would respond, "No, I don’t think so dear." She said, "Well, Ruta is coming over." And then he'd go, "Oh well, then maybe I will." He was always very, very kind to me.

Fox News: What do you miss the most about your friend Debbie Reynolds?
Lee: I miss everything about her. She was my dearest friend. My sister in charity. And adopted sister in life, too. She was what, three, four years older than me? And she was probably the most generous person I’ve ever known. She would do anything to help you. If anybody ever had a problem, she would help as best as she could. Boy, the world lost a great talent when we lost her. And her life was not easy. She had the problems with Carrie [Fisher]… and nobody knew back then what being bipolar meant. It was a very difficult run for her and Carrie.

Fox News: You were in "High Rollers" with Alex Trebek. What’s your favorite memory from that experience?
Lee: Well, every moment was fun. But I think the most fun we had was when we were off the stage. In private he became a close and dear friend to this day. I’m happy he’s doing so very well [with his cancer battle]. He was previously married to Elaine Trebek and I went to the wedding. Then when they divorced some years later, he gave her away. He walked her down the aisle when she got married *laughs*. Then of course, when Alex married Jean — that just became a huge highlight. She’s just one of the most beautiful, wonderful creatures in the world. I just love Alex’s wives *laughs*.

Ruta Lee is honored with a Star on the Hollywood Walk of Fame at Hollywood Boulevard in Hollywood, California, United States. (Photo by Jason Merritt/FilmMagic)

Fox News: What’s a misconception you feel the public still has about Lucille Ball?
Lee: I think people still think she was a crazy redheaded wacko. She was not at all in person the Lucy that she was on television. She played some movies where she could have been herself, but the wacko redhead is not at all who she was. She was very serious about her work, a bit of a taskmaster. She wanted no foolishness on the set. We would laugh privately when the cameras stopped rolling. But when you were going for the laugh on stage, you better deliver. You better bring the laugh. That was Lucy. But boy, she was a very good and loyal friend. I loved her very much.

Fox News: What has kept you going as a performer?
Lee: I’m either blessed or cursed. I’m never sure which it is. I have very, very high energy. I hate to practice, I hate rehearsal, but I love performing. There’s something wonderful about it, especially on stage with a live audience, even if it is for television. The energy that you get back, that feedback, it’s just so wonderful. You develop this lovely relationship with your audience that makes the world go round for me.