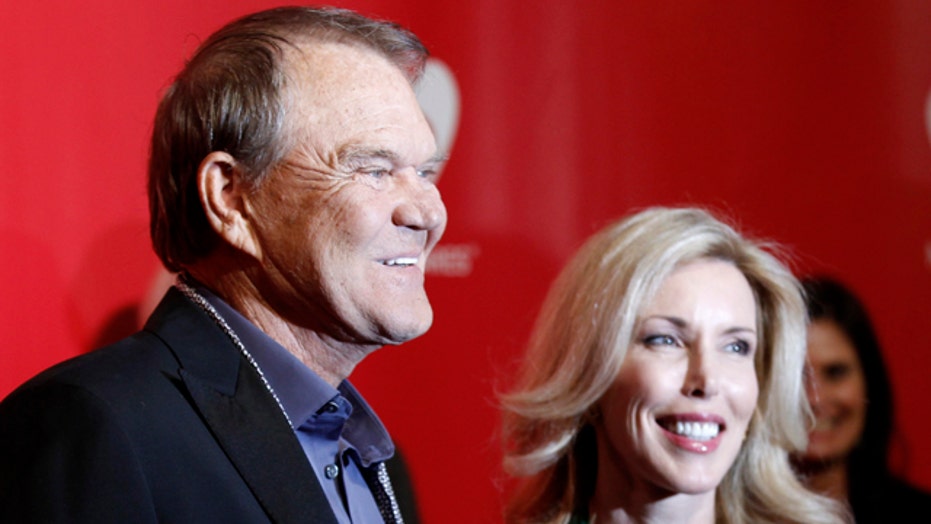 Glen Campbell has been very public about his battle with Alzheimer’s, bravely staging a farewell tour after his diagnosis in 2011 and even allowing camera crews to capture those performances for a new documentary. Now, he has released a new single, taken from the final recording session of his career.

According to Radio.com, Campbell went into the studio in January 2013, just months after his final public performance. The resulting track is "I’m Not Gonna Miss You," a rumination on everything that Alzheimer’s is slowly taking from Campbell as he enters its advanced stages. Campbell co-wrote the song with Julian Raymond and recorded it specifically for ‘Glen Campbell: I’ll Be Me,’ which is set to open in theaters in late October.

The track is both sad and almost unbearably resolute, as the singer pays a final farewell to his wife and his life while acknowledging that much of the burden for what’s ahead will not fall on him: “I’m never gonna hold you like I did / Or say ‘I love you’ to the kids / You’re never gonna see it in my eyes / It’s not gonna hurt me when you cry / I’m never gonna know what you go through / All the things I’ll say or do / All the hurt and all the pain / One thing selfishly remains / I’m not gonna miss you.”

Interspersed with scenes from Campbell’s final tour as well as flashbacks from his life, the video serves as a testament to the legend’s impact in both his musical and personal life, as well as a fitting farewell to one of the leading musical lights of his generation.

Campbell was moved to a full-time care facility in April, and his wife, Kim, has said that it is unlikely that he will ever perform in public again.

Glen Campbell: Ill Be Me features commentary from fellow musicians Blake Shelton, Sheryl Crow, Keith Urban, Brad Paisley, Taylor Swift and Vince Gill, as well as friends and fans like Steve Martin, Bruce Springsteen, U2's the Edge, Paul McCartney, Jimmy Webb, Jay Leno and Bill Clinton. After premiering at the Nashville Film Festival in April, it is set to open in a limited theatrical release in New York and Nashville on Oct. 24 before playing in theaters nationwide.