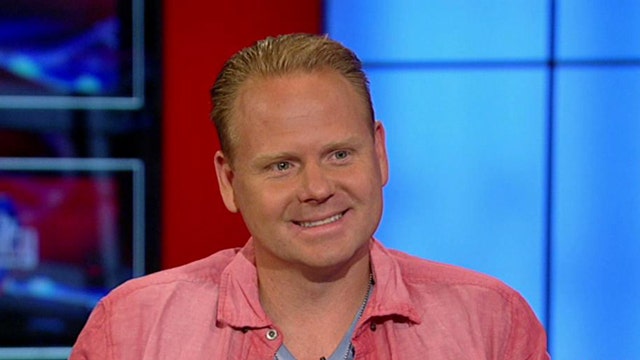 What is Nik Wallenda's next step?

The Flying Wallendas won't be held down. The family of tightrope walkers is making a comeback in a big way: Taking on Times Square.

The acrobatic brood suffered a near-tragedy in 2017 when Lijana Wallenda was injured after a fall in Sarasota, Fla., where the family lives.

“She broke every bone in her face,” Nik Wallenda recalled to the New York Post. “She has 73 screws in her face alone. She still has pain in her heel. This is something she almost feels that she has to do. I think people will be inspired just to see her get back on the wire. Just to move on with life.”

Nik, 40, and Lijana, 42, will team up to tightrope-walk across five city blocks in Times Square on Sunday night. Lijana will start on one end walking uphill, while Nik will meet her in the middle from the other end, walking downhill, which he told the Post was "more uncomfortable."

Upon meeting in front of the Viacom building at 1515 Broadway, Nik says, “She’ll sit down on the wire. And I will step over her and we’ll change places. After I step over her, she’ll get back up and continue walking.”

Though there won't be a safety net, which Nik previously said gives "a false sense of security" while practicing, the duo will be equipped with safety harnesses in case of a fall.

Aerialist Nik Wallenda talks with the media about his planned high-wire act, Thursday, June 20, 2019 in New York. Wallenda and his sister Lijana will cross Times Square on a high wire on Sunday. He is holding a cable similar to the one that will stretch across the square. (AP)

Nik told the Post he was a bit concerned with the“engineering issues and stabilizing issues” in the Big Apple leading up to the event. “We have a power cable at 1568 Broadway that wasn’t there a week before," he admitted. "The city changes every single day. It becomes very challenging. I have eyes all over the place to make sure the walk is done properly and safely.”

The Wallendas come from a long line of stunt performers.

Patriarch Karl Wallenda died in a fall during a stunt in 1978 in Puerto Rico. Two other family members reportedly died decades ago while performing. 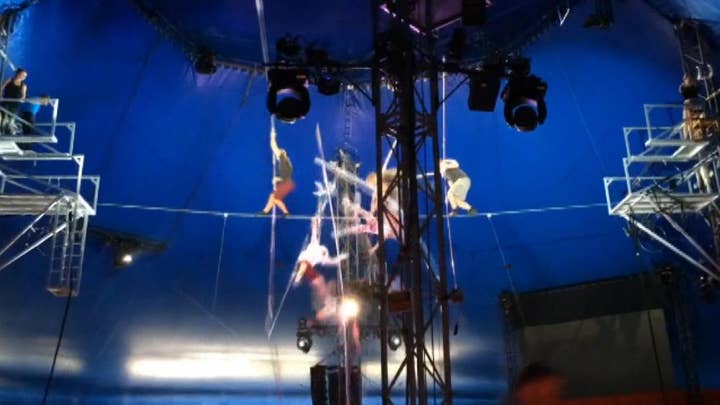 Nik Wallenda successfully crossed the Little Colorado River Gorge near the Grand Canyon in 2013, which was televised by the Discovery Channel. In 2012, Nik became the first person to cross the brink of Niagara Falls, for which he used a safety tether.

The Wallendas trace their roots to 1780 in Austria-Hungary, when their ancestors traveled as a band of acrobats, aerialists, jugglers, animal trainers and a bit later, trapeze artists.

Though the Wallendas love their work, Nik says he knows he won't do it forever. 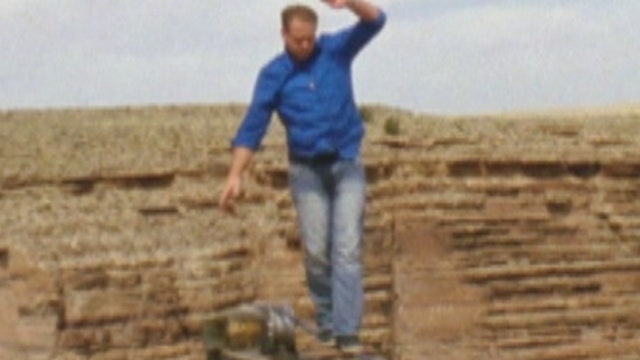