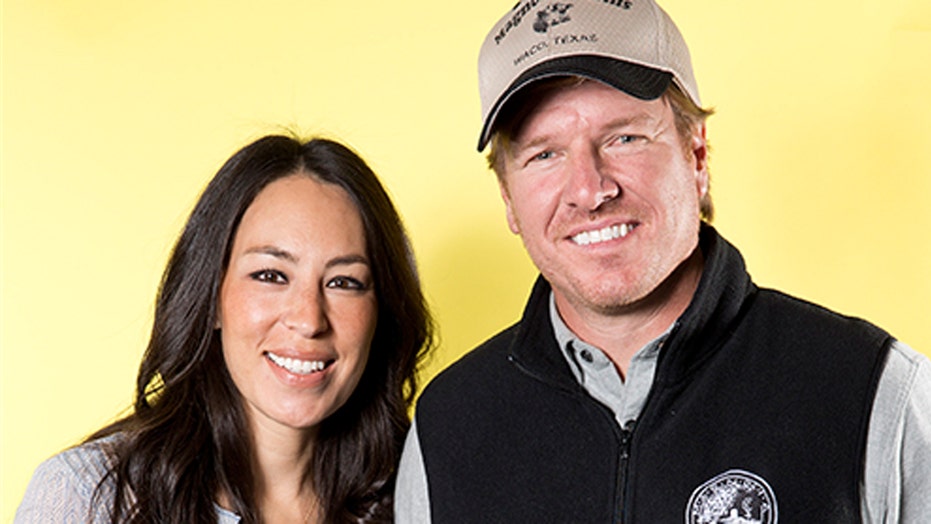 "Fixer Upper" star Chip Gaines may seem like an "anything goes" type of guy but when it comes to his parenting style he admits he can sometimes act like a "drill sergeant."

"I grew up in an environment that was pretty much 'back by dark' — [my parents] didn't generally know what we were doing, and it was all good, clean fun," Chip told People. "So I thought, 'Oh, I'm gonna be a wild parent.'"

But things changed when Chip and Joanna started having children.

"And when I got to be a parent, I don't know what it is about it...I feel a little bit like a drill sergeant sometimes. Some elements of my personality, as a parent, I'm not real crazy about."

Joanna said she's the one that plays good cop in the Gaines family.

"It's funny, I'm a little more laid back than I thought I'd be," she told the mag. "[There are] certain things that I really care about, but I think the funny part, with Chip, is just the video games, the TV. That's where he kinda gets a little strict. It's, 'You go play outside.'"

Chip joked it's his Amish background that led to his technology aversion. Their kids aren't allowed to have a cell phone until they go to college.

"I think I'm like, a quarter Amish," Chip joked. "I've got some glitch in me [where] I don't like normal technological advances."

When their daughters are old enough to date, Joanna said she will "go crazy." Chip, on the other hand, is excited to reach that milestone.

"I want my kids to date, I want them to go out," he said. "I just remember great experiences as a kid, you know? Driving your car for the first time, picking up a young lady on a date for the first time. All those were little milestones to some extent."