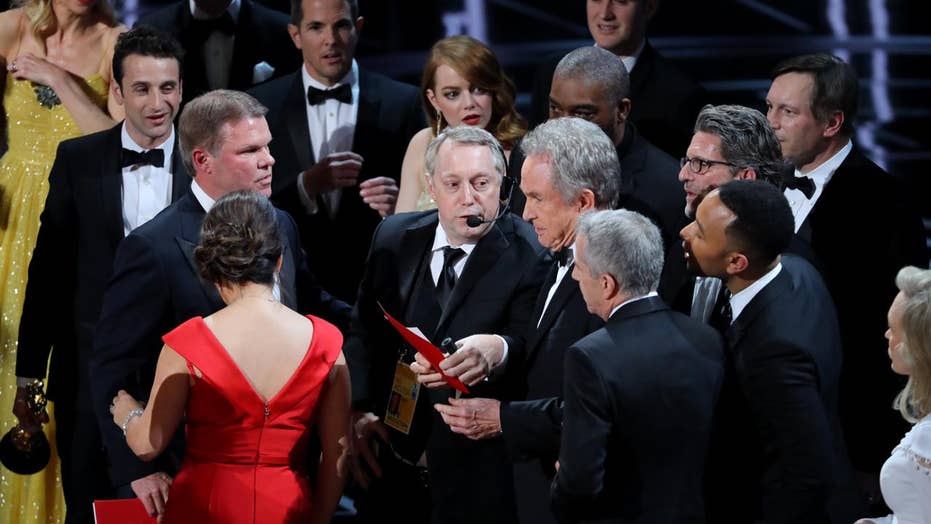 Faye Dunaway is looking back at the massive blunder that took place during the Oscars in February when she announced the wrong film as the “Best Picture.”

Dunaway recalled when her co-presenter Warren Beatty hesitated and showed her the results card.

“He took the card out, and he didn’t say anything. He paused,” the 76-year-old actress explained on “NBC Nightly News With Lester Holt” Monday.

She said the pause caused her to think Beatty was joking, and she said as much in the moment.

When the duo were onstage to present the Academy Award, they held a card that stated Emma Stone had won for “La La Land.” Consequently, Dunaway declared that film to be the winner of the Oscars’ top prize for 2017. However, it was “Moonlight” that was actually the true winner.

Dunaway explained she felt “completely stunned” and “very guilty” by the error.

She said she didn't notice that the card had the actress' name on it.

“I thought, ‘I could have done something, surely,’” she said. “Why didn’t I see Emma Stone’s name on the top of the card?”