LOS ANGELES – As the fallout from a horrifying week in Boston begins to settle, and some answers to the questions raised by the marathon bombings begin to emerge, some celebrities are making a link that puzzles some experts: equating the terrorist attacks with gun violence.

Actress Olivia Wilde responded to the Boston marathon bombings over the weekend by first suggesting the U.S. shouldered part of the blame for creating terrorists with the tweet: “This is how terrorists are made. Come on America we are better than this. Unbelievable and shameful.” She also included a link to a New York Times article about hunger strikes at Guantanamo Bay.

Wilde followed that tweet with: “At the same time as a high-profile manhunt for the marathon bombers… 38 more Americans died from gun violence.”

Similarly, just hours after the attack, comedian Jay Mohr told his followers: “What bothers me most about today is that we’re getting used 2 it. ENOUGH. 2nd amendment must go. Violence has 2 stop. Culture MUST change.”

By way of explanation, he followed with “the 2nd Amendment lends itself to the CULTURE of violence we are living in. Stop blowing up my timeline w your gun/porn fetishes.”

But as Mohr continued to be inundated with angry critics, referring to him as an “idiot” and “clueless celeb,” he again attempted clarification: “LISTEN! The 2nd amendment has nothing 2 do w2day in Boston. I didn’t say it did. Last few times in front of TV like this was guns. F**koff.”

Several media experts we spoke to said politicizing the Boston bombings by linking them to unrelated gun violence employed confused logic at best.

“You could almost choke the Internet with stupid things celebrities say. So it is unsurprising that some of them attempt to co-opt the terror attack in Boston to gun control. I assume (Wilde) will be calling for pressure-cooker control next,” Dan Gainor, VP of Business and Culture at the Media Research Center, told FOX411’s Pop Tarts column. “Americans are growing increasingly tired of idiot rich folk telling them how to live their lives.”

“Hollywood actors like Olivia Wilde nowadays seem to think they need to keep themselves in the public eye by weighing in on current events even if they have nothing sensible to say. Wilde's tweet in which she tries to score cheap political points against our Second Amendment rights is nonsensical,” he said. “What does an Islamist terrorist attack have to do with ordinary gun-related violence? Obviously, nothing. Unfortunately every time America suffers a major trauma nowadays show business types like Wilde rub salt in the wounds.”

Entertainment attorney Margaret Cone pointed out that while stars have the right to express their opinions, “it is bad taste to exploit this terrible tragedy to push any agenda.”

“Those who work in Hollywood have the same First Amendment right as any other American: ‘to petition the government for a redress of grievances.’ That said, I would suggest everyone leave out the Boston bombings as the Congress debates gun control,” she said. “There are enough facts to argue for background checks without bringing in the events last week in Boston.”

Reps for Wilde and Mohr did not respond to our request for comment. 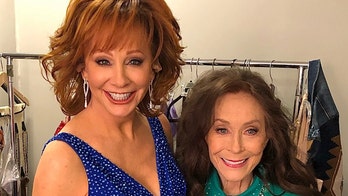