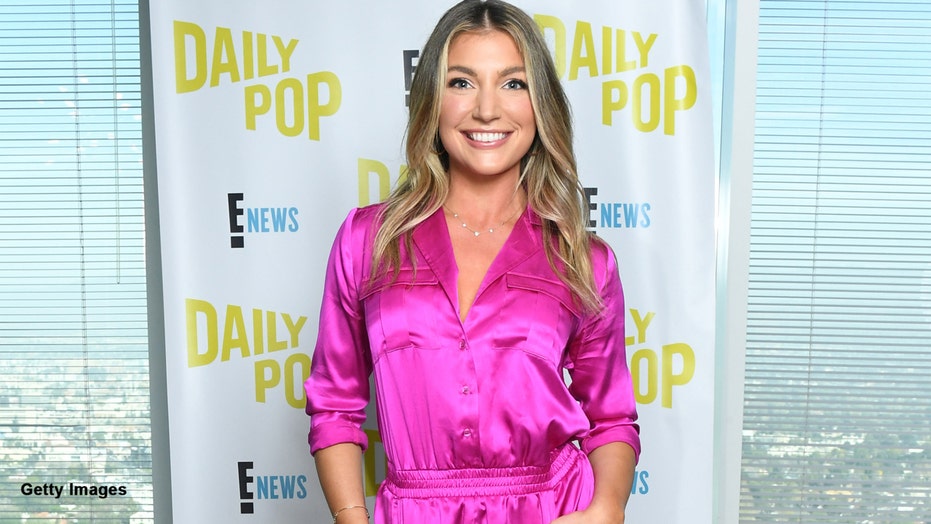 The descendants of the legendary Busch beer family want you to sit back, relax and crack open a cold one in front of the TV.

MTV is launching a new reality TV series titled “The Busch Family Brewed,” which documents the lives of Billy Busch Sr. (great-grandson of wealthy beer baron Adolphus Busch), his wife, Christi, and their seven children as they reside in a 700-acre estate. The Buschs recently received approval to create a new craft beer — the first for the family in over 150 years — and are determined to unveil their love of lager and a good time in front of cameras.

Billy Busch Jr. and younger sister Haley Busch spoke to Fox News about living with their overprotective parents, why they’re opening their lives up for the world to see and whether they really feel like American royalty.

Fox News: Why a reality TV show?
Billy Busch Jr.: Because mom wants to keep us trapped under a roof!
Haley Busch: It's a way to stay home. [laughs] No, I think we've been approached for a lot of years about doing a show. I think just with the fascination with our family's history, but it was never the right time because we were all young. And now that we're building this business together and we're all older, I think it's a perfect time to document what we're doing.

Fox News: You’re already living in a full house. What was it like having cameras follow you around?
Haley: It was definitely a surreal experience. It was really fun and we really got used to it pretty fast. We are used to craziness, like I said, in our house. So it wasn't really anything that was too out of the ordinary for us and something we really got used to pretty quick.
Billy: And we were so fortunate to work with such a great crew as well. And we're such an inviting family too, that we just get along with everybody. So it was kind of like an extension of our family, is what it felt like.
Haley: Yeah, they really became our family.

Fox News: Billy, you're the oldest of seven kids. What was it like growing up in that household?
Billy: My parents were the strictest on me by far. And I always just had to raise the bar as high as I possibly can to set a good example for the rest of my siblings.

Fox News: When did you guys realize that your family was different from other families?
Haley: I don't know if we ever really realized it growing up. I think our parents always kept us very down-to-earth and we never really thought that we were different than anybody.
Billy: Yeah. I mean it was really our friends who were the ones that informed us when we were younger in grade school we're different. Like look at what you have, and then Haley and I would run home to our parents and be like, "Mom, Dad, we have this, we can do that. We have these animals to play with. What?"

Fox News: Haley, you’re an actress. How determined have you been to make a name for yourself?
Haley: I've grown up being an actress and flying out to LA since I was young doing movies. And when I was 18 I moved out there for school to pursue acting. So I've taken it really seriously and I'm always in classes, auditioning, and just trying to keep up with my craft. That's what I want to do. It's really my passion.

Fox News: At any point, did either of you ever feel any kind of pressure to keep the family name or legacy going?
Billy: That's important to all of us in our family, so I feel like we all feel that pressure. It's a dream that we want to keep alive.

Fox News: What's one misconception you feel the public still has about your family and what's the reality?
Billy: Well, the reality of our family is that we are super down-to-earth and we are just such a loving family. We love everybody.
Haley: I think that we are just like everybody else, honestly, at the end of the day. And we go through the same things that any other family would go to. There's just a lot of us and there's a lot of personalities. It's not always sunshine and rainbows, but at the end of the day, we're each other's biggest support system and we love each other the most.

Fox News: How important was it for your parents to give you guys as normal of a life as possible?
Haley: I think it was really important for them. I mean we grew up on a farm in the Midwest, so there's not much ... We're very down-home people and we work on the farm getting chicken eggs, riding horses. So that's just how we were raised.

Fox News: It doesn't sound you two feel like American royalty in any sense.
Haley: Yeah, no. [laughs] I think we're very, for the most part, down-to-earth. I mean we do realize that we are very blessed and lucky to have the things that we have and the opportunities that we have. We don't take it for granted, either.

Fox News: The family now has this really exciting place to create an original beer for the next generation. Can you tell us more about that?
Billy: We're building a brewery on our farm and it's going to allow us to really start working on that second chapter of the Busch brewing family tradition. Just to keep that alive, and to create brand-new concepts and brand new beers, and just to experiment, and just to always try new things. And that's the exciting part about all this is just being able to do this as a family, and just all the newness about it, everything there is to come.

Fox News: Billy, what do you think is missing from American beers currently on the market?
Billy: I feel like nowadays it's all about what's next. So what's missing are those just... those go-to beers, like those go-to seasonable, everyday drinking beers.

"The Busch Family Brewed" airs Thursdays at 9 p.m. on MTV.