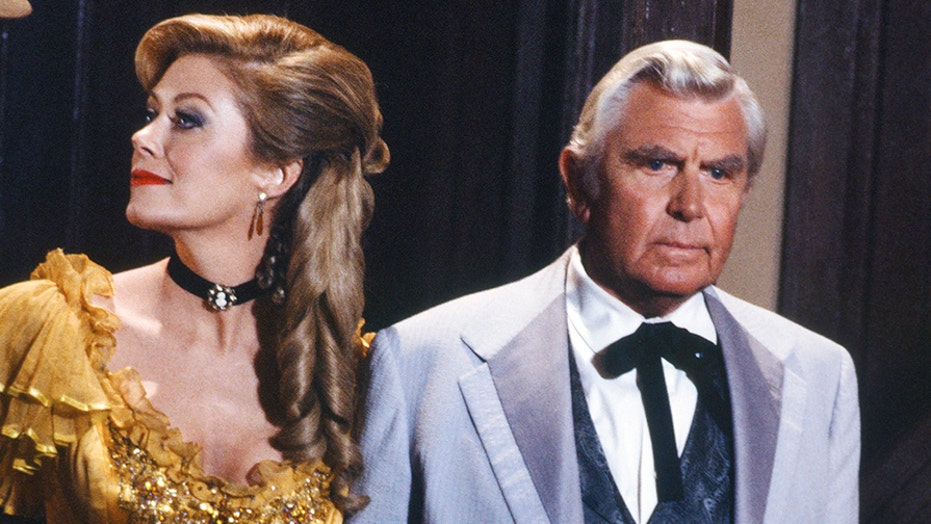 Nancy Stafford isn’t afraid to say no in Hollywood.

The actress, who played opposite Andy Griffith in “Matlock,” as well as Mark Harmon in “St. Elsewhere,” is determined to make inspirational, uplifting films for families. The 65-year-old, who believes in captivating fans with heartwarming faith movies, has turned down many provocative scripts over the years —and that hasn’t stopped her from working.

In fact, Stafford is currently starring in “First Lady,” a romantic comedy that is far from political but aims to leave audiences guessing with its take on a modern fairytale.

Stafford spoke to Fox News about working alongside Griffith and Harmon, as well as how her faith had led a successful Hollywood career.

Fox News: Looking back, how did you get the role of Michelle Thomas in “Matlock?"
Nancy Stafford: I originally guest-starred on "Matlock." I was already a series regular on another show called "Sidekicks" —  a real sweet family show that aired every Friday night. I just loved it. But we only ran one season. I was in just about every episode but this one week, I wasn’t in the script. So I had a week off. And then my agent called and said, "Hey, you’ve been offered a guest-starring role on a show called 'Matlock' that’s been on a year." It coincided with my time off so I took it.  I think a year later when my show got canceled, [the producers] immediately thought of me and I was available. So it all came together.

Fox News: What surprised you the most about Andy Griffith?
Stafford: Well, his work ethic for one… I learned about crafting a character that is going to benefit the culture. He cared deeply about that. I’ve never seen anybody work as hard as he did. His finger was on every single page of the script.

He needed to have everything exactly right. He would memorize those long courtroom scenes as a monologue and yet he made it look so easy. He had this wonderful gift, this tremendous talent. So every day was like a masterclass at work. Every time he would do the courtroom scene, he would get a standing ovation…And he would do it in one take. Everyone would get up to their feet when he was done and just applaud. It was amazing. And he had a fun, light-hearted tone on set. He was so great to work with. I just adored him.

Fox News: What’s your favorite memory of Andy?
Stafford: My husband is a wonderful musician. And Andy, I always felt music was his first love. A lot of times he would have his guitar on set and would play in between. Most of the time, he would saddle up next to me and say, "Call Larry and see if he can come down with his mandolin." So I would call Larry and he, of course, would run to the studio. And the two guys would just be jamming on the sidelines.

Fox News: Did you stay in touch with Andy?
Stafford: Through the years, I stayed in touch with him. I got to talk to him just a couple of days before he died. I wished him a happy birthday not knowing he was as sick as he was. He sounded much stronger than he was. I’ll never forget that.

Fox News: You also starred in “St. Elsewhere.” What was it like working with Mark Harmon?
Stafford: Ahh, swoon. (Laughs.) What do you think? We had a great time. The whole show was amazing. And this was my first primetime series. And here I am, relatively new and still studying on an Emmy Award-winning show with the most amazing cast on the planet. It was really mind-blowing. It was such an honor. Mark was just charming and just made it so fun. I just loved the whole experience.

Fox News: How important has it been for you to do inspirational films?
Stafford: Hugely important. We just don’t have those kinds of films anymore. You’ve got faith films, and I’ve been a huge part of those. I love them and they’re so in line with who I am as a person. But to have a film that’s simply fun for the entire family, and not just be a kids film that happens to be rated PG, is a rarity. As an actress in the midst of Hollywood, I do feel the envelope just keeps getting pushed further and further. And things are just getting edgier and edgier. I know I’ve made my career here, but it’s just getting raunchier.

Fox News: Have you turned down any work because films seem to be getting raunchier?
Stafford: Honestly, I’ve turned down so much work over the years because I didn’t want to do that kind of work. It conflicted with my values and it just wasn’t what I wanted to be a part of. But now, here come these kinds of movies that we just yearn for… I’m excited to be a part of a culture like this one, rather than be part of a project that diminishes what I stand for.

Fox News: Were you ever worried about losing work in Hollywood or being branded difficult because you said no to certain scripts?
Stafford: Oh yeah, almost every time I said no. (Laughs.) I mean, some things are very easy to say no to. Others, you may wrestle with it a little bit because your character seems OK. But I like to take a look at the message. What’s the messaging I’m sending here? And some actors don’t really care about that. But I do – I do care. I don’t want to be a part of something that’s a lie. And I’ll be honest with you, that also applies to faith films.

Nancy Stafford said she has turned down work in Hollywood over the years. (Photo by Frank Carroll/NBC/NBCU Photo Bank/Getty)

Fox News: How does it also apply to faith films?
Stafford: I’ve been offered a number of movies from that genre. But as I read them, I realized they were theologically wrong, or just continued to perpetuate a stereotype of Christians being shallow and foolish. I have said a number of 'No's" to those as well for the same reason. It’s got to be truthful. I’ve probably lost out on quite a bit of work. I’ve been fired by agents. But I much rather face myself in the mirror every day and live with integrity than to do something I’ll regret. Film is forever – you can’t take it back.

Fox News: How has faith played a role in your life personally?
Stafford: It’s the central thing in my life. It really informs everything about me, everything I do, how I try to live – everything. I am incredibly blessed to have a relationship with God that is vibrant, authentic. God has completely changed my life in ways that I think people who know me are very aware of.

But to me, the greatest part of living a life of faith is that it’s an amazing adventure. Everything that happens to me, whether it’s going to an audition or the grocery store – every encounter is an opportunity to be a better person. Whether it’s to give someone a smile, a bit of encouragement – I just find myself showing up somewhere where someone needs to talk.

There are no coincidences. So I roll out of bed every morning, rub my hands together, and go, "OK Lord, how are you going to use me today?" And I think it really changes the view of our past and the difficult circumstances we go through. It gives us a foundation so we’re not tossed and turned by circumstances.

Fox News: How has faith helped you cope with tough times?
Stafford: Listen, there were so many years in my life where life was good. And when life was hard, I was struggling. But the reality is we have this anchor to our soul in Christ. So despite the circumstances, we can have a peace that really does surpass all of our human understanding. There’s no explanation of the kind of peace you can have despite whatever comes your way. This peace can always live within us. It changes the way you live. And I’m so grateful for that.

Fox News: What drew you to the film “First Lady?"
Stafford: Well, my name next to the role of first lady. (Laughs.) I mean, who in the world does not want to play FLOTUS? It was just such a great opportunity. She was written so beautifully and I love the character attributes she has. This is just a wonderful, romantic comedy that’s not political. It was really a fun romp.

And right now, with the atmosphere being so politically charged and divisive with heightened anger everywhere you turn, it’s just a chance for people to put aside their differences and have their spirits lifted. Laughter is medicine for the soul, and I think this movie really has the chance to give us all a break.