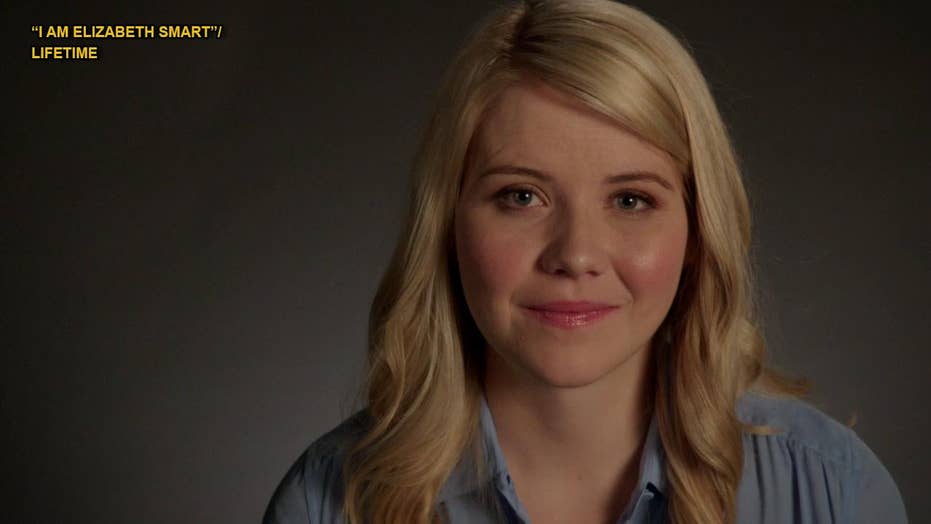 Fox411: Elizabeth Smart was abducted from her home on June 5, 2002. The now 30-year-old has decided to chronicle her suffering in a Lifetime movie, 'I Am Elizabeth Smart.'

Elizabeth Smart was abducted from her home on June 5, 2002 when she was 14 years old and spent the next nine grueling months held prisoner as she was starved, drugged, raped and subjected to bizarre rituals by her captors.

Now, the 30-year-old has decided to chronicle her suffering in a Lifetime movie.

Smart serves as the producer and narrator of “I Am Elizabeth Smart,” which tells the story of her captivity. While Smart admitted she was hesitant to relive the most horrifying experience of her life, she told Fox News it was vital for her to show audiences what it was like to be kidnapped.

“… I’d come far enough in my healing that I felt like I could share some of the darkest, deepest details of what happened to me, in hopes that people watching will have a greater understanding for what it’s like to be raped, to be kidnapped, to go through something so traumatic that you never want to talk about it again, so… they can be compassionate [to other victims], that they can be understanding,” Smart told us.

Smart said making a movie about her life was anything but glamorous. She described how the film conjured up emotions she hasn’t felt in 15 years. And when she first met actor Skeet Ulrich, who starred as her kidnapper Brian David Mitchell, she was face-to-face with her worst fear.

"As I was standing… I was thinking, ‘I don’t actually know if I should be smiling in this picture because he just looks like Brian David Mitchell, and she [Deirdre Lovejoy] looks just like [captor] Wanda Barzee, and they are acting just the same way that they were, and it feels wrong to be smiling for a picture next to them.’ But outside of character, they are perfectly lovely people.”

And Smart isn't just opening up in a Lifetime film. She recently spoke about her high-profiled kidnapping on an A&E two-part special titled “Elizabeth Smart: Autobiography.” She believes it’s her way of raising awareness about how sexual violence impacts women and children and how we can support those who have been violated.

It also helped answered one of many questions people had over the years — how does Smart, who was raised a Mormon, feel about religion today after her ordeal? Her captors were religious fanatics.

“It certainly makes me wary when I hear people trying to justify their actions through religion,” she admitted. “I certainly have my guard put up. But for me, religion has always been something beautiful, and something sacred, and something that I’ve always drawn a great deal of comfort from.

Smart revealed she believed it was her faith that kept her alive when her captors promised death if she attempted to escape.

These days, Smart is experiencing happiness again. She has been married to her “Prince Charming” for nearly six years and they share two children, a 2-year-old daughter and a 7-month-old son. And along with her father Ed Smart, she launched the Elizabeth Smart Foundation.

As for her Lifetime film, Smart had the support of her parents. However, they won’t be sharing a family movie night to see it together anytime soon.

“Let’s just say I don’t think it’s something that I am going to watch on a weekly [basis], or monthly or maybe even ever again,” said Smart.

"I Am Elizabeth Smart" premieres Saturday, November 18 at 8 p.m. on Lifetime.