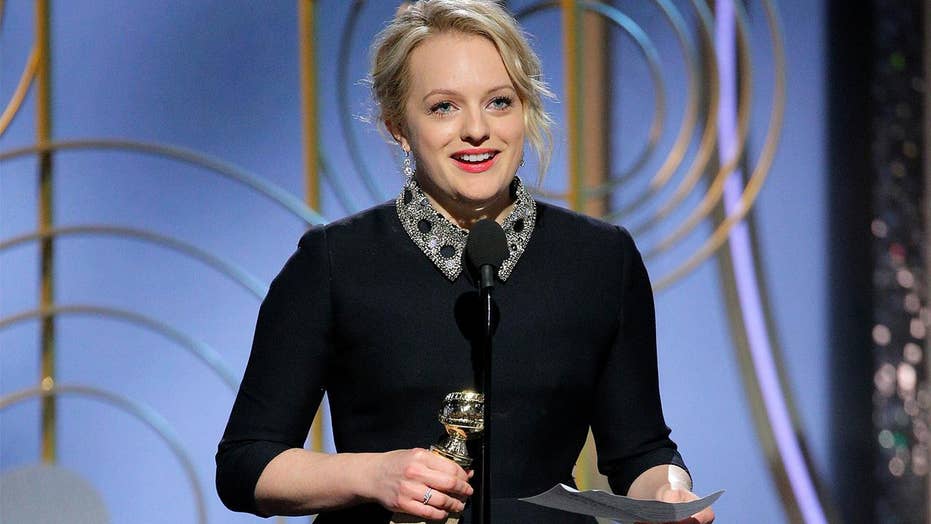 Scientologist Elisabeth Moss accused of being a hypocrite

Actress Elisabeth Moss didn't specifically address Scientologist faith in a new interview but she did hit back at critics who say her beliefs directly contradict her role on Hulu's "The Handmaid's Tale."

The former "Mad Men" actress opened up about her current role and how it meshes with her personal beliefs.

“‘The Handmaid’s Tale’ lines up so perfectly parallel with my own beliefs in freedom of speech, freedom of religion, and the things that this country was actually built on,” Moss told the Daily Beast, noting that she doesn't like to preach her political or religious beliefs in interviews.

“I will say that the things that I truly believe in are the things that I’ve mentioned, and I think that they’re very important. I think people should be allowed to talk about what they want to talk about and believe what they want to believe and you can’t take that away—and when you start to take that away, when you start to say ‘you can’t think that,’ ‘you can’t believe that,’ ‘you can’t say that,’ then you get into trouble. Then you get into Gilead,” she continued, citing the fictional country in “The Handmaid’s Tale.”

The actress typically avoids talking about her religion whenever possible. In her latest interview, Moss dodged questions about the controversial church’s views against the LGBTQ community. However, she made it clear that she personally is a staunch supporter of LGBTQ rights, regardless of what the Church of Scientology may teach.

As for her political views, that star was able to be a bit more direct in her response. Moss spoke candidly about the parallels she sees in the show's treatment of social issues and the current administration.

“We went to D.C. and shot at the Lincoln Memorial, and I find it incredibly moving what Lincoln stood for, what’s written on the walls, what those monuments stand for. The principles that this country was built on are important and we’re losing them—and perhaps we’ve already lost them,” she said. “You feel a sense of responsibility and you feel honored telling this story at this time. When you’re kneeling on the steps in front of the Lincoln Memorial, you’re looking at where MLK gave his ‘I Have a Dream’ speech, you’re in the outfit of complete lack of freedom, and your president is a few blocks away arguing about putting up a wall, you can’t help but feel that you have the responsibility to tell this story.”

Moss was previously asked by a fan about her views on how the show stacks up against her religion.

"Question though, does it make you think twice about Scientology? Gilead [the fictional country in the TV show] and Scientology both believe that all outside sources (aka news) are wrong and evil…it’s just very interesting," one fan asked Moss in August.

Moss responded at the time, "That’s actually not true at all about Scientology. Religious freedom and tolerance and understanding the truth and equal rights for every race, religion and creed are extremely important to me. The most important things to me probably. And so Gilead and 'THT' hit me on a very personal level."