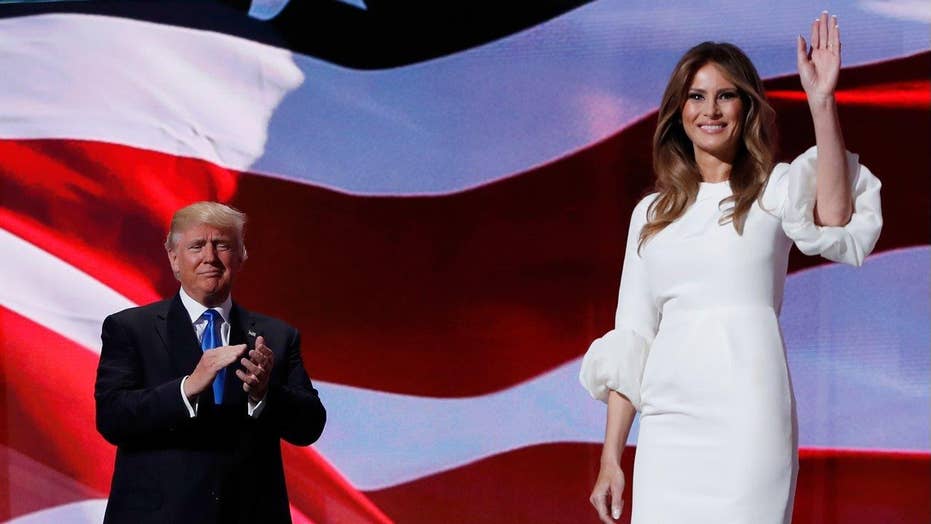 Three years before she met husband Donald Trump, Melania Trump was snapped in a nude frolic with another female model, bombshell photos obtained exclusively by The Post show.

The lesbian-themed pics are from a two-day photo shoot in Manhattan in 1995, when Melania Knauss, as she was called, was 25 years old and modeling under the name “Melania K.”

Several were featured in Max Magazine, a now-defunct French men’s monthly, more than 20 years ago. Others have never been in print — until now.

The raciest of the photos shows Melania lying nude in a bed as Scandinavian model Emma Eriksson, also naked, embraces her from behind, just below her breasts, which are fully exposed.

The shoot took place in a Chelsea apartment that doubled as a photo studio, said de Basseville, a Paris artist and fashion photographer who was briefly based in New York in the mid-’90s.

Melania behaved “like a true professional” during one of the nighttime shoots with Eriksson, the source said.

“She was charming throughout,” said the source, adding that the pics’ lesbian theme didn’t faze her. “She was always smiling, with a very pleasant personality and was polite and very well educated.”

Melania had recently arrived in the city from modeling stints in Paris and Milan at the time. In Gotham, she was booked for mostly commercial work and was later featured in an ad for Camel cigarettes, the source told The Post.

Her sexy photo spread appeared in the January 1996 issue of Max Magazine, whose cover featured a photo of supermodel Cindy Crawford.

Asked about the photos, Donald Trump said: “Melania was one of the most successful models, and she did many photo shoots, including for covers and major magazines. This was a picture taken for a European magazine prior to my knowing Melania. In Europe, pictures like this are very fashionable and common.”

She has modeled for Sports Illustrated and Vogue among other publications, posing for such top photographers as Helmut Newton and Mario Testino.