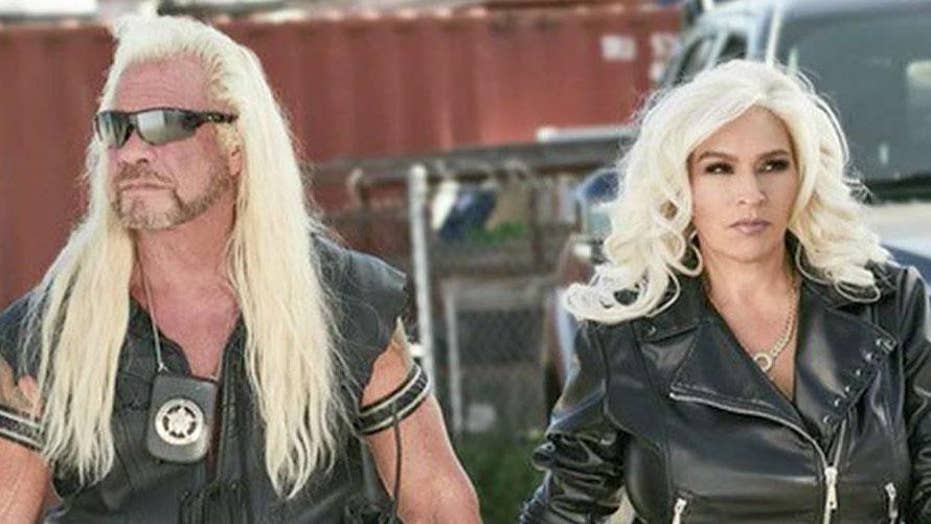 Duane 'Dog' Chapman opens up on his wife's cancer fight and the premiere of his family's new show 'Dog's Most Wanted' which will feature Beth's battle.

Dog the Bounty Hunter became emotional while remembering his late wife Beth Chapman in an interview with Fox News.

The reality TV star -- whose real name is Duane Chapman -- appeared Wednesday on "Fox and Friends" to promote his family's new show "Dog's Most Wanted'" which will feature Beth's battle with cancer. The 51-year-old died on June 26 after a long battle with cancer.

"Credit where credit's due. She wanted to go ahead and do the show," he revealed. "She said this is my life and I'm going to show every bit of it."

'DOG THE BOUNTY HUNTER' CHAPMAN WON'T REMARRY, SAYS DAUGHTER: 'THEIR LOVE WAS ONE OF A KIND'

"She battled it for two years. Beat it once and then it came back very aggressive," Dog, 66, said.

He added that the chemotherapy treatment was extremely harsh on Beth's body so she decided to stop it because she wanted to continue filming and be with her loved ones until the very end. She was first diagnosed with stage 2 throat cancer in November 2017.

"The week before she went to heaven she put a guy in jail," Dog said. "Shot him, tased him, didn't give him a chance."

He described how when the family heard the news that Beth had Stage 4 lung cancer, he couldn't believe it was happening and said it "was like a dream." The couple was together for over 30 years and Dog admitted her toothbrush is still on their sink.

"We want to be truthful and show different sides," an emotional Dog said of their new show. "We showed the real Chapman family. Each child takes it rough and each child is doing better. Allegedly time heals all wounds but I don't know about this one."

Beth and Dog's love story spans several decades. She first met Dog when she was 19 to his 35 in 1988 when she got into trouble with the law. She'd accidentally stolen a lemon from a supermarket while carrying an unregistered, unlicensed gun in her pocket, all while having warrants for her arrest for unpaid parking tickets.

Dog wrote a final goodbye to his wife on Twitter the day she died.

"It’s 5:32 in Hawaii, this is the time she would wake up to go hike Koko Head mountain. Only today, she hiked the stairway to heaven. We all love you, Beth. See you on the other side," he said.

She is survived by Dog, their children Bonnie Jo and Garry, her daughter Cecily, several grandchildren and a great-grandson, as well as son Dominic Davis from a prior relationship.