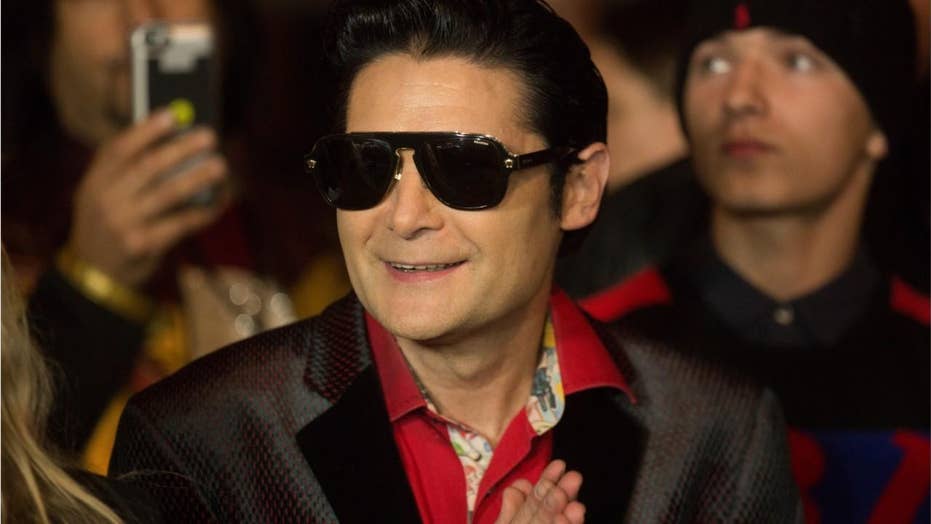 Corey Feldman, a 1980s star, befriended Michael Jackson when he was a teenager, and is once again defending the King of Pop from abuse allegations after claims made in the HBO documentary, 'Leaving Neverland.'

Corey Feldman is urging fellow abuse victims to sign a letter to help extend California’s statute of limitations to report such abuse.

The actor and former child star has been very vocal in the past about the abuse he claims he endured as a youngster. He’s now a proponent of a reintroduced piece of legislation that seeks to give victims the time they need to come forward and report an alleged assault.

People reports Feldman is an ambassador with Child USA. He’s urging others who may be afraid to come forward to sign a letter that he reportedly intends to send to the California Senate.

“I’m beyond elated that we have moved the needle to the point that this dream can finally become a reality,” Feldman, 48, told the outlet. “I’m so grateful to all the survivors who are working with Child USA and myself to bring closure and justice to so many lives that have been branded and tarnished at the hands of abusers.

"I know there is great power in numbers, and with this bill, our voices can finally be heard as a unified force for justice.”

California Assemblywoman Lorena Gonzalez reintroduced a bill “that would give victims more time to report an assault and create another tool in identifying sexual predators before they harm more children in the future,” according to her website.

“Assembly Bill 218 would expand both the statute of limitations for the time given to victims of childhood sexual assault, from age 26 to age 40, and the period for delayed reasonable discovery from three to five years. After enactment, the measure would also allow for a window of three years for the revival of past claims that might have expired due to the statute of limitations,”

The bill also proposes to give more time for victims whose abuse was covered up.

In a statement to Fox News on Thursday, Feldman said: "We have been lucky enough to gain the support of eight of [disgraced film mogul Harvey] Weinstein’s victims: Dominique Huett, Caitlin Dulany, Sarah Ann Masse, Sarah Scott, Lou Godbold, Rosanna Arquette, Mira Sorvino and Jessica Barth, plus two male survivors, Johnathon Schaech and Bobby Jacoby. Additionally, [there are] two John Does who were both former child actors who were abused by the same men as me.

"I am beyond grateful for those who have agreed to lend their names for the purpose of justice," Feldman continued. "There is absolutely nothing more sacred than protecting the innocence of children, which is why we created the #Kids2 movement, and it’s empowering to have some of the heroic and courageous women of the #MeToo movement supporting us.”