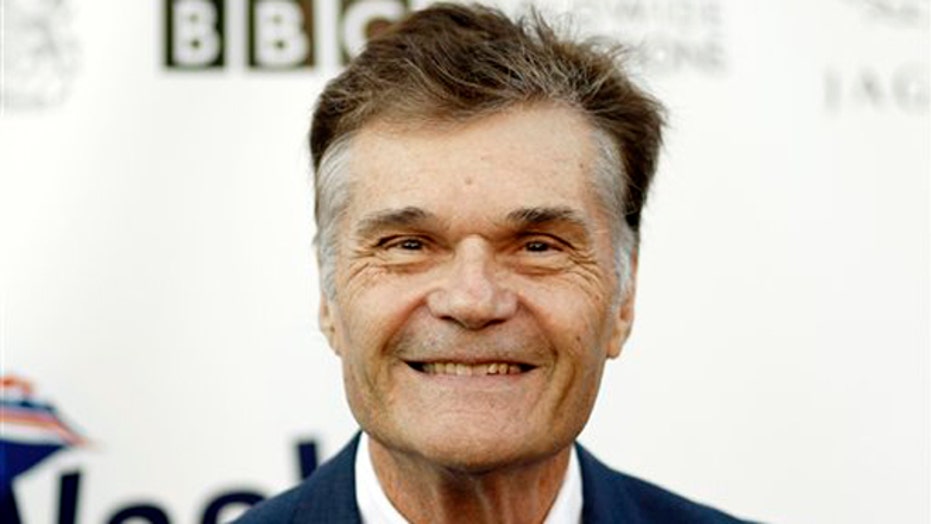 The beloved star, with a long list acting credits -- including "Best in Show," "This is Spinal Tap" and "Everybody Loves Raymond" -- died of natural causes, his daughter confirmed to Fox News.

"My father passed away very peacefully last night at the fantastic age of 86 years old. He kept moving, working and making us happy until the very end. We loved him so very much!" his daughter Hope Mulbarger told Fox News in a statement on Saturday. "We will miss him forever."

Fred Willard passed away at the age of 86, his daughter confirmed to Fox News on Saturday. (AP)

Willard's acting career spanned five decades. He got his start in Chicago's renowned Second City sketch comedy troupe before becoming a familiar face on the small screen -- appearing on "Get Smart," "Love, American Style," and "The Bob Newhart Show," among others.

He later landed a role on "Fernwood 2 Night," a parody talk show that was a spinoff from the Norman Lear-created series, "Mary Hartman, Mary Hartman."

He recently completed his Emmy-nominated recurring role on "Modern Family" and can be seen later this month in his recurring role as Steve Carrell's dad in the Netflix series "Space Force."

The funnyman was also a present force on "Jimmy Kimmel Live!" appearing in comedy sketches bi-weekly up until stay-at-home orders were put in place amid the coronavirus pandemic.

His other television credits include roles on "Roseanne," of which he was nominated for an Emmy, and "Everybody Loves Raymond," which earned him two Emmy nominations. Willard also appeared on "The Tonight Show with Jay Leno" more than 90 times.

Willard is best known for his work in comedies "Best in Show," "For Your Consideration" and "A Mighty Wind," in addition to "This is Spinal Tap," "Austin Powers," "Anchorman" and "Harold & Kumar Go to White Castle."

VALERIE BERTINELLI DISCUSSES HER BROTHER’S DEATH AT 17 MONTHS: ‘MY FAMILY KEPT THE TRAGEDY LOCKED INSIDE’

Shortly after the news broke, Willard's industry pals took to their social media accounts to pay tribute to the actor.

"Fred was such a master of his craft," Patricia Heaton from "Everybody Loves Raymond," wrote on Twitter, retweeting a scene featuring Willard.

"A fond farewell to Mr. Fred Willard. How lucky we all are that we got to witness his great gifts. Thanks for the deep belly laughs. You are now with Mary. Home safe," Jamie Lee Curtis wrote on Instagram.

"It was a privilege to have the great Fred Willard know my name. Rest In Peace Fred. You were funny in your bones," Stonestreet tweeted.

Jim Wise reflected on the "few occasions" he got to work with Willard, writing on Twitter: "Every time, the entire time, I was thinking, 'I can't believe I'm working with Fred Willard!'"

Writer and producer Larry Karaszewski also tweeted that he remembers Willard as a "very funny man" while filmmaker Adam Best said the actor "always had us laughing so hard it hurt."