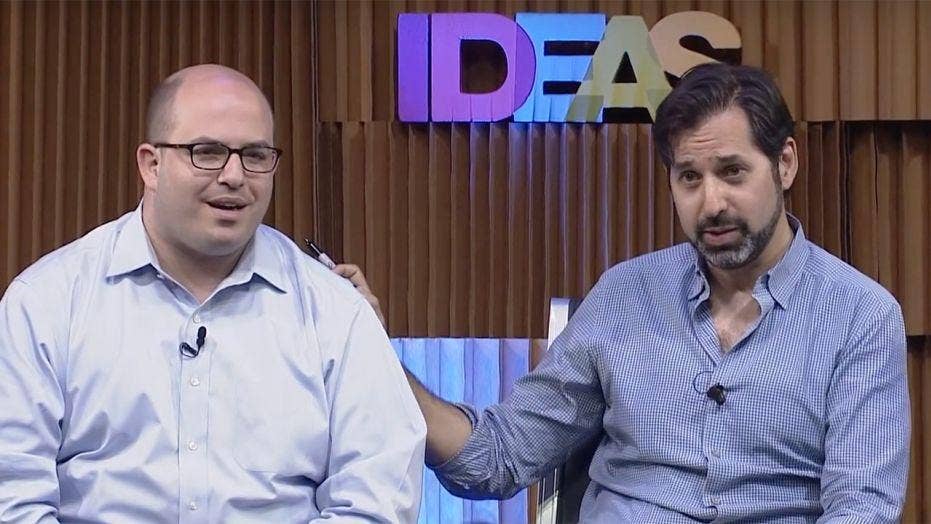 CNN’s in-house media critic Brian Stelter said "President Trump is poisoning the American people” with anti-media rhetoric and “trying to destroy our news organizations” during a lengthy outburst about the state of the industry.

“The president is trying to destroy our news organizations,” Stelter said after Folkenflik asked him why people are frustrated with the media.

“Find me when Nixon, a criminal president, actually used the word ‘enemy’ to describe us in public. Even Nixon knew not to go that far,” Stelter said.

Stelter then said Trump is “poisoning in the American people” and “a subset of American people have been infected by the poison.” The CNN star said it “is getting worse every day” and will have a lasting impact on the country.

“We’re going to reckon with the consequences for decades. I don’t mean to be the pessimist. I actually -- some days, I'm very optimistic," Stelter said. “I wake up glass half full a lot of days, and I think Trump is pretty weak right now and we’re gonna get through this. It’s an aberration. Other days I wake up and I think, ‘How are you going to win people back?”

“The Aspen Ideas Festival has a reputation of being an elitist conclave of liberal academics, journalists, and pundits (with rare exceptions) to pat themselves on the back and how they could work together to advance their left-of-center worldviews,” Houck wrote. “The 65-minute-long panel was a sanctimonious love letter to the liberal media with only occasional reflection about how to improve themselves and win back supporters.”

Stelter made sure to point out that Trump attacks media outlets other than just CNN – the network the president commonly refers to as “fake news.” He said Trump is “tarring the nation’s news media” and pondered if future generations will consider it an emergency.

He then said that rather than focusing on the mistakes journalists made, “which are few and far between,” people should focus on the incredible journalism that is being overlooked in the process.

This type of rhetoric is nothing new for Stelter, who called Trump’s attacks on the media a “verbal form of poison” back in 2017.

The CNN senior media correspondent and “Reliable Sources” host has emerged as one of President Trump’s biggest critics. He was ridiculed last month after bragging on Twitter that his network didn’t air a Trump rally and helped fuel speculation regarding a recent absence from the public eye by first lady Melania Trump.