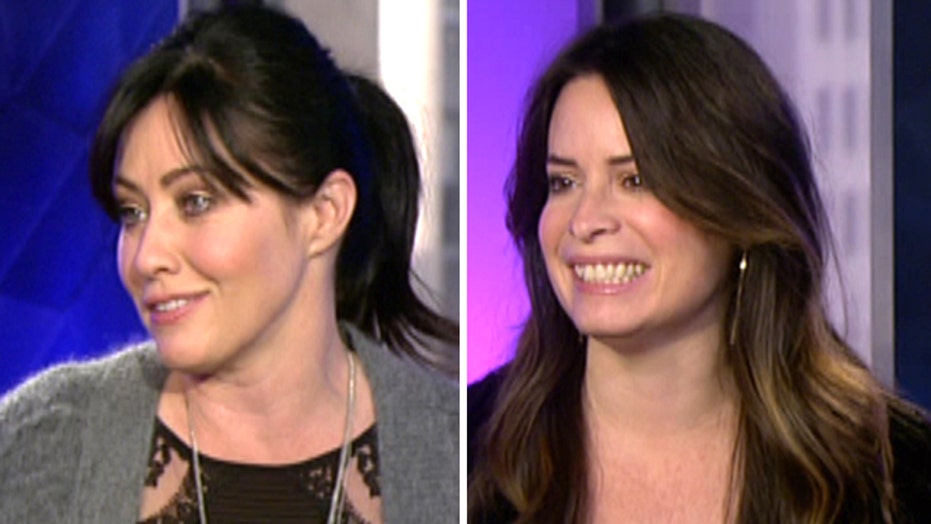 Shannen Doherty won't talk about past

Shannen Doherty and Holly Marie Combs have a new show, 'Off the Map'

Milano revealed to E! on June 29th that she and Doherty have reconnected after an ongoing feud.

The "Charmed" actresses appeared on three seasons of the show together.

“Shannen and I talk a lot on Twitter via [direct message]. And I spoke to her maybe two or three days ago, and we decided that we're going to get together. That date has not been set yet, but yes,” she said.

The 44-year-old revealed that time, motherhood and Doherty’s breast cancer diagnosis in 2015 were catalysts for the reconciliation.

“I think we're just at ages now that what happened 15 years ago, or however long ago that was — it's irrelevant. I think that what she has gone through, [and] motherhood in my life, I think it just changes people,” she explained. “I'm so happy that she's feeling well. I prayed for her every day that she would feel well and I can't wait to see her."

In 2013, Milano ignited the falling out with Doherty during an appearance on Bravo where she told Andy Cohen of her experience working with her co-star.

“I can tell you that we were on the air with her for three years, and there were definitely some rough days,” She added, “Holly and Shannen were best friends for like 10 years before the show started, so it was very much sort of like high school. I would hope that in our thirties it wouldn't be like that anymore."

Doherty shared in April that her cancer is in remission.