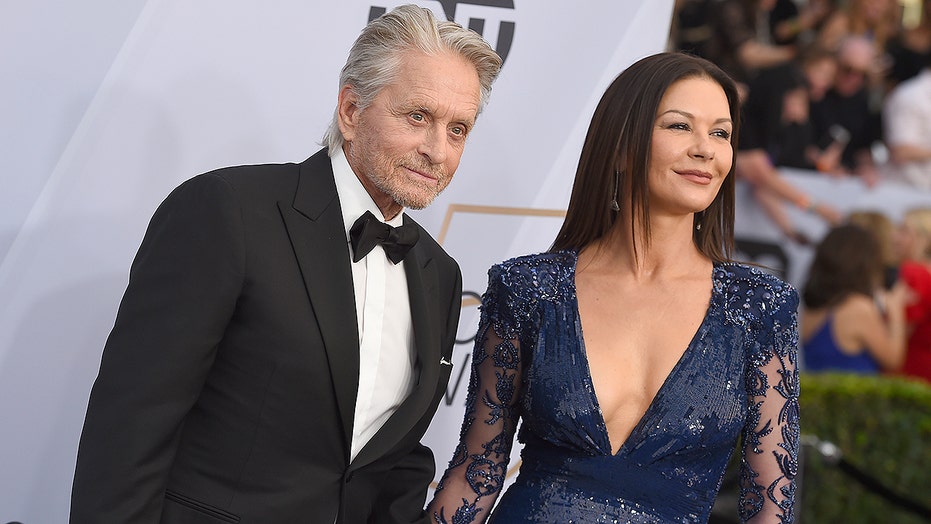 The pair reach their next relationship milestone on Nov. 18.

"We won't be doing any great big party," Zeta-Jones recently told People. "Not that I'm a big party fan anyway.”

CATHERINE ZETA-JONES SAYS QUARANTINING WITH HER KIDS HAS BEEN 'WONDERFUL': 'WE'VE BEEN VERY WELL'

Although 20 years of marriage is cause for a big celebration, "The Legend of Zorro” star revealed she and Douglas, 75, are taking special precautions due to the coronavirus pandemic.

“It would be nice to get all our friends together in one space, but we're not doing that until we're completely out of the woods,” Zeta-Jones said.

The Welsh actress stated their wedding anniversary plans will be simple.

Catherine Zeta-Jones and Michael Douglas on the red carpet at the 2019 Golden Globes. (Jordan Strauss/Invision/AP)

“I will raise my mask and let my husband passionately kiss me, then I will put it firmly back on,” she declared.

Zeta-Jones and Douglas have been spending quarantine together with their two children – Dylan, 19, and Carys, 17 – now that they are home from school.

“All of a sudden they descended on back into our home and it was just wonderful,” the actress said on the “Today” show. “It was just breakfast, lunch and dinner all together."