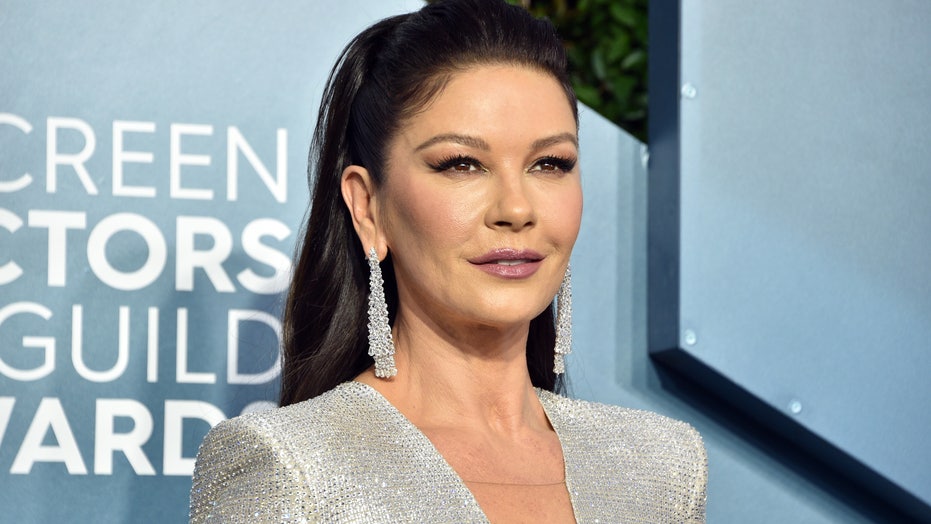 While many are finding the coronavirus quarantine to be quite tedious, Catherine Zeta-Jones is appreciating the extra family time.

The "Chicago" star, 50, recently appeared on the "Today" show, opening up about her life at home since the novel virus' spread has driven many around the world indoors.

"It was lovely... First of all, I’m a bit of a homebody anyway. I love my four walls," Zeta-Jones said. "There’s things I can do for hours in my house and I’m very complacent, very happy."

But what makes her even happier is having the two kids she shares with husband Michael Douglas -- Dylan, 19, and Carys, 17 -- back in the house.

"But Michael and I were kind of early empty-nesters, because our son Dylan is off at college and our daughter, Carys, goes to school in Europe," explained the actress. "So all of a sudden they descended on back into our home and it was just wonderful. It was just breakfast, lunch and dinner all together."

It seems the kids may be appreciating the time at home too, as Zeta-Jones said some of her son's friends aren't handling the extra family time very well.

CATHERINE ZETA-JONES GUSHES ABOUT LATE FATHER-IN-LAW KIRK DOUGLAS: 'A MAN OF SUCH STRENGTH'

However, the star noted that there has been "one bad thing about" quarantine: Missing her own mom, who lives in Britain.

"I have yet to see her because I’ve been quarantining out of the state so that I could pick up my daughter. Now I’m looking forward to seeing my mom," said Zeta-Jones. "But we’ve faired very well and I thank God that we’ve been healthy throughout."

The "Rock of Ages" actress also discussed putting together a fashion brand that includes "a pair of casual, everyday-woman ... flats" and a cosmetic line.

"It's such a creative outlet for me when I'm not acting or dancing or doing my mother chores," she said. "It's been really wonderful."