Casey Affleck says his brother's main motivation for rehab is his kids and ex-wife. (Getty Images)

Casey Affleck called his brother Ben Affleck “brave” for returning to rehab and said he’s looking forward to seeing the actor “back on his feet.”

Speaking to E! News, Affleck said his brother and fellow actor is still on the road to recovery since being admitted to rehab last month.

The “Justice League” actor checked into rehab for the third time after his estranged wife, Jennifer Garner, staged an intervention.

"He's an alcoholic and he's in rehab," Casey Affleck said of his brother. "He's recovering and I think it's very brave of him to take care of what he needs to take care of."

"He's handling his business and getting better. I look forward to him being out and back on his feet,” Affleck said. 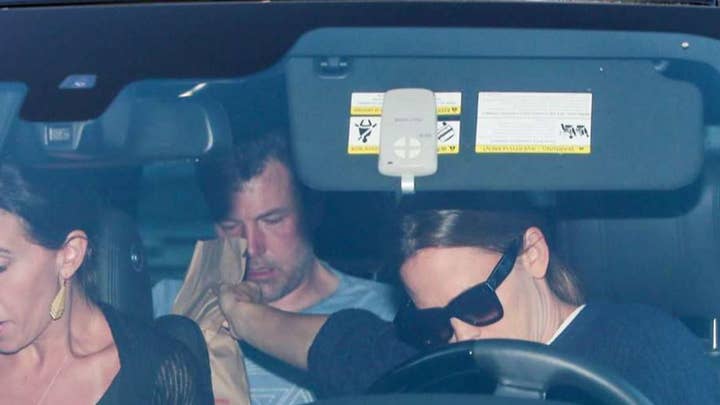 "It's just so many times, going to these meetings and sitting in circles, and talking about it all," Affleck said. "So when it came time, when I realized that I had to stop, I felt like I had already put in all that time, so I just kind of white-knuckled it at home and imagined myself in a circle. It worked."

Ben Affleck was spotted for the first time last week since he entered the facility in California. His rumored girlfriend, Playboy model Shauna Sexton, was also seen over the weekend leaving the rehab center in a vehicle believed to belong to Affleck, E! News reported.

Affleck’s rehab stint comes around the same time of his split with “Saturday Night Live” producer Lindsay Shookus. Reports said the breakup took a toll on the actor’s sobriety.