Todd Fisher tells all in 'My Girls: A Lifetime with Carrie and Debbie,' a new memoir about growing up with sister Carrie Fisher and mother Debbie Reynolds.

“Star Wars” fans will be seeing “a lot” of Carrie Fisher as Leia Organa in the next film for the franchise, her brother Todd Fisher said.

On the two-year anniversary of the actress’ death, Fisher hinted that his late sister will have a significant appearance in episode IX of the “Star Wars” saga thanks to unused footage that was originally shot for “The Force Awakens.”

“There’s a lot of minutes of footage. I don’t mean just outtakes,” Fisher told ABC News. “This is unused, new content that could be woven into the storyline. That’s what’s going to give everybody such a great kick. It’s going to look like it was meant to be. Like it was shot yesterday.”

Fisher said director J.J. Abrams spoke about his plans to incorporate Carrie Fisher in the next movie, set to be released in December. The film’s name has not been released and Todd Fisher didn’t provide further details. 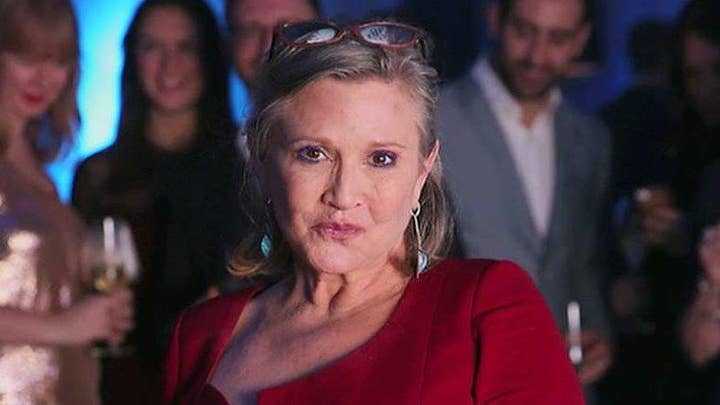 “We’re not allowed to talk about the details of anything,” he said. “But we’re thrilled at what’s been done.”

Carrie Fisher died on Dec. 27, 2016, days after he suffered a cardiac event on a flight from London to Los Angeles. The 60-year-old actress was in the middle of filming what many expected to be a long story arc in “Star Wars: Episode IX.”

Mark Hamill, who plays Luke Skywalker, tweeted in July that he’s “finding solace” knowing Fisher will be in the upcoming movie.

“It’s bittersweet facing my final chapter without her,” Hamill wrote over a collection of images of he and Fisher together. “She is simply irreplaceable. I’m finding solace in the fact that she won’t BE replaced & would love the worldwide outpouring of affection from those who loved her when they heard the news.”