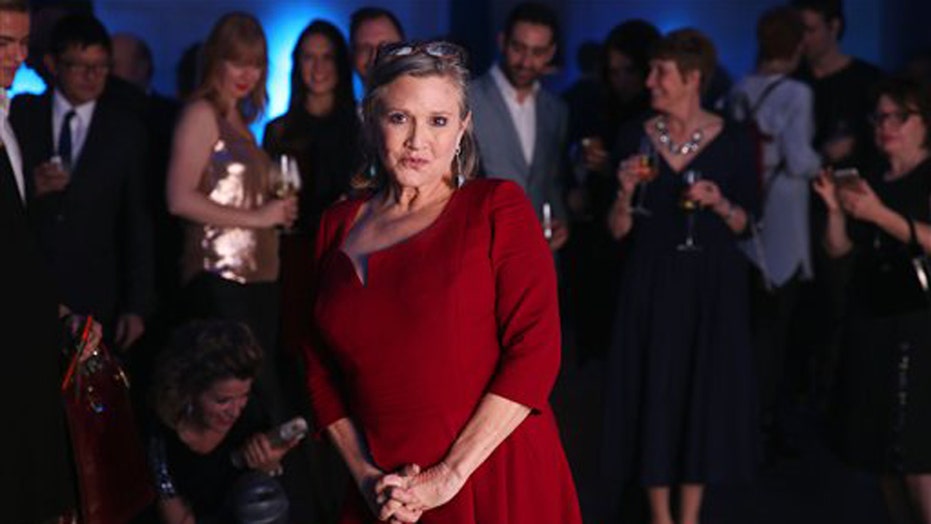 A long time ago, on a movie set far, far away, Carrie Fisher and Harrison Ford hooked up — but he didn’t exactly rock her world, the “Stars Wars” actress says.

Fisher, who played Princess Leia in the classic space flick, says in a new book that while Ford, a.k.a. Han Solo, complained that she was a “bad kisser,” the married father of two wasn’t so hot in bed himself, according to Radar Online.

But Fisher, 60, says she let it slide because “he was really handsome.”

In her tome “The Princess Diarist,” the actress recalls how she first met the then-34-year-old Ford on the London set of the 1977 blockbuster classic when she was just 19 years old.

While Fisher has hinted in the past that the pair may have fooled around, she gets down and dirty in the book, revealing that he allegedly got her drunk and seduced her during filming, part of which took place in Tunisia.

The pair wound up in bed after Ford, who is now 74, offered to drive a “wine sodden” Fisher home, she says.

The book contains excerpts from a diary that Fisher kept of the affair, Radar said. The website is owned by the same company as the National Enquirer, which obtained the book ahead of its Nov. 22 release date.

In one entry, she says she tried “relentlessly” to make Ford love her and came up with fantasies of Ford proposing to her with a “gold band with diamonds (inscribed) ‘Carrison.'”

In her book, Fisher notes that she’s fuzzy on the details of her and Ford’s three-month relationship because of ”the brutal strength of Harrison’s preferred strain of pot.”

In a 2008 interview, Fisher admitted, “I went on the film saying, ‘I’m going to have an affair,’ like it was a kiwi, an exotic fruit — because I’d never had one. I had a crush on Harrison for sure. Harrison is great fun when he’s had a few drinks.”

Fisher added, “I’m going to get in so much trouble … Once I left the room and came back, and he was in the closet not wearing a lot of clothes.”

A rep for Ford did not immediately return a request for comment.

This story first appeared in the NYPost.