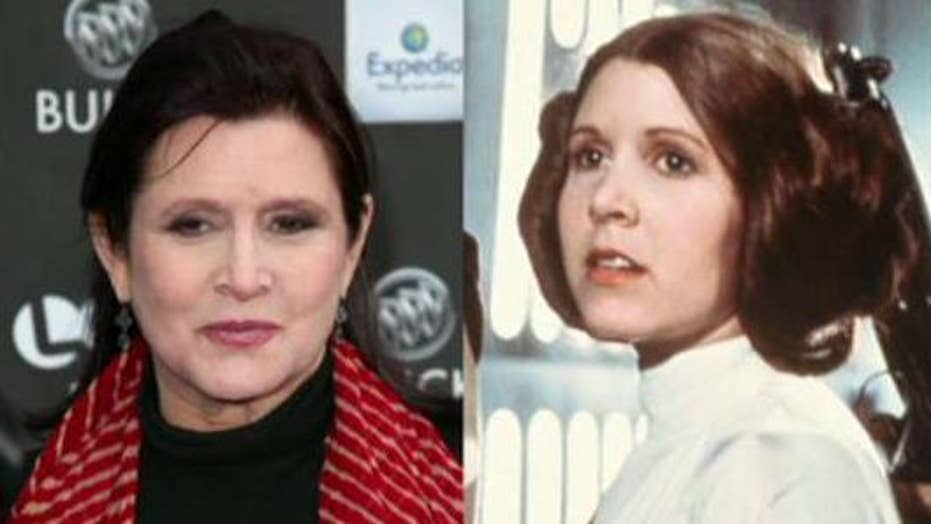 Is there a weight double standard in Hollywood?

In an interview with Good Housekeeping UK, "Star Wars: The Force Awakens" actress Carrie Fisher spoke frankly about the relentless pressure Hollywood puts on people, actresses in particular, to be slim and aesthetically pleasing.

The famously outspoken star, who plays former Princess, now General Leia Organa in the upcoming film, says she was pressured to lose more than 35 pounds to reprise her role.

"They don't want to hire all of me - only about three-quarters! Nothing changes, it's an appearance-driven thing," she said. "I'm in a business where the only thing that matters is weight and appearance. That is so messed up. They might as well say get younger, because that's how easy it is."

Watch the epic full trailer for 'The Force Awakens'

And she did it. She ate less and exercised more for the job. For some, this would be a victory, but not for Fisher, who said, "when I do lose the weight, I don't like that it makes me feel good about myself. It's not who I am. My problem is they talk to me like an actress but I hear them like a writer."

Even a 59-year-old, fiercely independent icon is not immune to body-policing, both externally and from within herself. "We treat beauty like an accomplishment and that is insane," she said. "Everyone in L.A. says, 'Oh, you look good,' and you listen for them to say you've lost weight. It's never 'How are you?' or 'You seem happy!'"