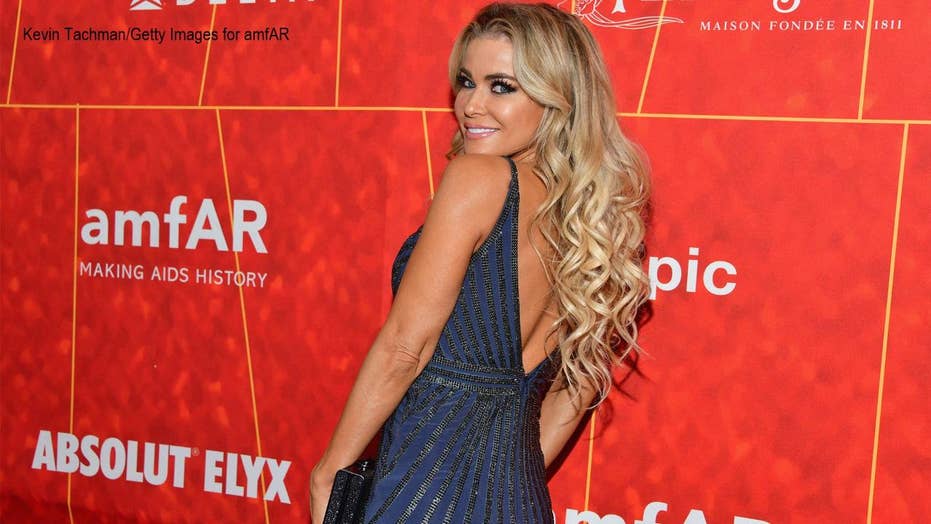 Carmen Electra reflects on posing for Playboy, being a sex symbol: ‘I’m not shy at all anymore’

Carmen Electra reflects on posing for Playboy, being a sex symbol following “Baywatch” fame. The pinup also gets candid on why she’s all about Tubi for free streaming.

Carmen Electra doesn’t mind if you call her a sex symbol — in fact, she’s proud of the title.

The 47-year-old model and actress, who previously made a big splash on “Baywatch,” has graced the cover of Playboy at least five times in the United States alone and is always ready for her close-up.

But these days, Electra is keeping busy with her newest role, that of spokeswoman for Tubi, a free streaming service where fans can rediscover some of her parody films, including 2000’s “Scary Movie.”

She, along with former “Sex and the City” star Chris Noth, Terrence Howard of “Empire,” as well as Nicole Scherzinger, Robin Thicke and Colton Underwood, all participated in commercials “appealing to viewers with subscription fatigue,” the Los Angeles Times reported.

CARMEN ELECTRA REVEALS HER BIGGEST TURNOFF, OPENS UP ABOUT CAREER: 'THIS WAS THAT DREAM'

Electra spoke with Fox News about her sex symbol status, how she gained the confidence to pose for Playboy and where she’s keeping her “Baywatch” swimsuit these days.

Fox News: How do you feel about being a sex symbol?
Carmen Electra: Listen, when I started off in this business, I... was working with Prince. Music and dance have always been my first passion. When I decided to go out on my own and audition and work, there was always something inside of me that, you know, where I wanted to be a sex symbol.

I always admired Marilyn Monroe and just all those iconic women who were sexy but were also acting and dancing, [like] Ann-Margret, those were the women that inspired me deep down inside and still do to this day. I feel super honored and I love it.

OLIVIA CULPO GIVES A SNEAK PEEK OF HER SPORTS ILLUSTRATED SWIMSUIT SHOOT: 'POSING NEXT TO A RANDOM BUCKET'

Fox News: You posed for Playboy five times if we’re not mistaken. Where did your confidence come from?
Electra: … Maybe five times here in the United States and I want to say over 50 covers worldwide. I honestly was so shy the first time I posed. I don't know how I got through it. But once I did, I realized that Playboy was very ... They were very respectful. There weren't people hanging around on set. The lighting was amazing. The photographers were very friendly and aware that you're a woman and you're posing nude, and so it did make it easier.

Once I saw the photos I was ... I had to pinch myself. I couldn't believe that I was actually in the magazine and going to be a part of such an iconic time, being a part of Playboy in general. Marilyn Monroe started off with Playboy, and those are the women that I admire and truly have been inspired by. So yeah, Playboy was a lot of fun... And I'm not shy at all anymore, by the way.

Fox News: Back in 2013, you revealed that your Baywatch swimsuits still fit then. Have you tried it on these days? What’s your secret?
Electra: Well, actually I tried it on a couple of years ago for a photo shoot where we shot a "then and now" type of photo. I've posted that on my Instagram and it was for a magazine. That was really fun. Right now I have it hung up in my living room. It's in a frame and it's very secure and it's going to stay there.

I mean honestly, it's just a proud moment for me because I hadn't really acted before at that time and to audition and get that role of "Baywatch," one of the world's biggest television series — I was just blown away and the worldwide exposure was incredible. I'm just really happy about that and how things worked out.

Fox News: You recently made a post on Instagram for Veteran's Day. As a beloved pinup, how important has it been for you to support our troops?
Electra: I grew up as a little girl with my grandfather who fought in Battle of the Bulge. When he came back… He was ill for a very long time. My grandmother was also very active in having me go to meetings and be a part of the veterans and there would be ... It was a little confusing because I was such a young girl, but I actually now belong and support our veterans. I belong to the VA and always visit the Veteran's Hospital. That's just something that's really meaningful to me and how I grew up.

The other reason it's meaningful is that our soldiers are going out there and risking their lives and risking so much for our safety and we have to give love for that. I mean, it's really ... They're strong and I'm very appreciative and I always post and always support our troops and our vets.

Fox News: How does it feel to know that fans can rediscover your films on a platform like Tubi?
Electra: I mean it's always exciting to me... There's a service like Tubi, where the movies and television are not only free, but I just heard that "Scary Movie" was one of the most popular movies on Tubi. So, that's pretty cool, right?

Fox News: What’s it been like looking back at “Scary Movie”?
Electra: Oh, it's fun. It's fun for me. I loved working on the movie. It's been really popular. I feel like it made sort of a comeback this year for Halloween. A lot of people were dressed up as Drew Decker, my character in the movie, and I repost away with that, just to show love to my followers.