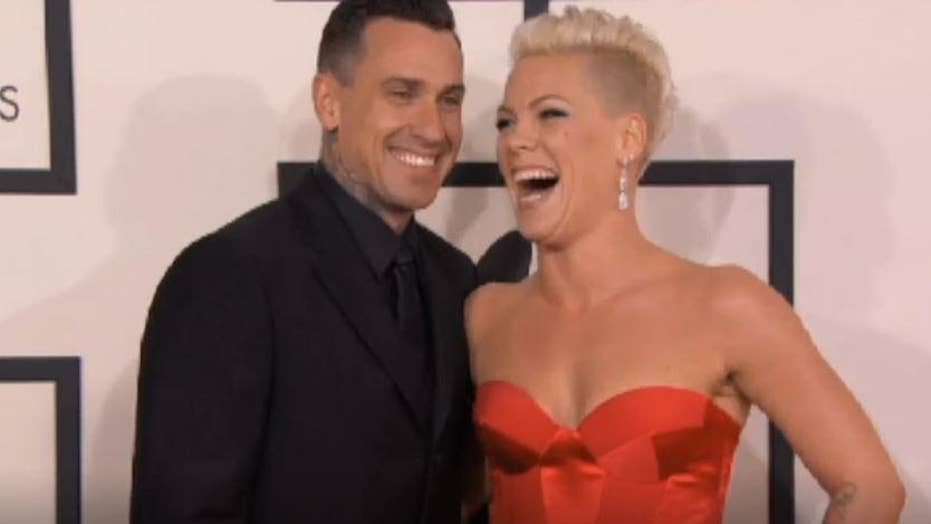 Pink's husband, Carey Hart, is making headlines after he shared an Instagram photo threatening to shooter looters after the California fires.

Carey Hart is raising his and wife Pink's children with "knowledge of fire arms."

On Wednesday, Hart shared a video of the couple's 7-year-old daughter Willow shooting a .22 rifle, explaining that she has been shooting since she was three years old.

"Haven’t poked the parent police bear in a few days," Hart, who is also dad to 2-year-old son Jameson, wrote. "Willz and I shooting the 22 rifle. She is getting pretty good. Can hit a 12 inch pie plate from 30 yards. Started her shooting at 3yrs old."

The former pro motocross racer, 43, went on to explain that the family doesn't hunt and that they "just enjoy shooting for sport."

"I’m raising the kids with knowledge of fire arms, how to handle them, shoot them, store them, and avoid them in uneducated hands," he concluded with the hashtag "#knowledgeispower."

Hart's post sparked a mixed reaction from his fans, with some applauding the dad of two while others criticized his parenting style.

"I am a deputy and want to Thank you for doing that. We need more parents out there like you guys," one person wrote. "Doing my part!!!," Hart responded.

"There is absolutely no reason why a 3 year old needs to be shooting a gun," another social media user commented. "It is just indoctrinating the toxic American culture that guns are somehow 'cool' and a 'hobby' idagf if it's you 2nd amendment right - it's complete bulls--t.

"Maybe actually try to listen to all the people flooding your comment with an open mind instead of telling them to unfollow or block them," the Instagram user added. "That in itself is so f--king childish and change will never happen that way."

In response, Hart defended his decision, writing: "That is your opinion. I never slam people for speaking their opinion. I enjoy debate and shedding light on subjects that are sensitive like this. Now when you disrespect my country or 'culture' I feel I have every right to get nasty."

He continued: "Now I understand that you don't 'give a f--k it's my 2nd amendment right' but I sure as hell do. For one I NEVER block anyone, but you are free to unfollow me since my American ways so deeply bother you. Goodbye."

This isn't the first time Hart has faced backlash over his parenting style. According to Entertainment Tonight, last month Hart shared an Instagram photo of himself and his then 1-year-old son on a motocross bike, earning strong reactions from fans.