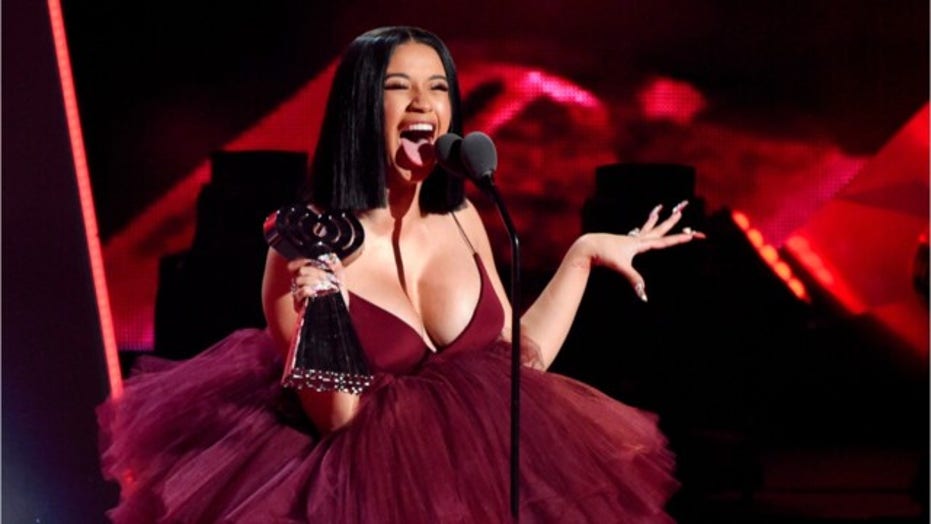 While inundated with congratulatory messages for winning her first Grammy Award on Sunday, Cardi B accidentally thanked late legend Tom Petty for a bunch of flowers.

The 26-year-old songstress took home the award for Best Rap Album for "Invasion of Privacy," making her only the second female artist to win the award.

NEWS: GRAMMYs 2019: Latin Stars From Cardi B to Jennifer Lopez Brought the House Down - Watch!

She then received some flowers which were accompanied by a note quoting lyrics by Petty -- who died of an accidental drug overdose in 2017 -- and appeared to mistakenly think the rocker had sent them.

Cardi B thanked the late Tom Petty by mistake on Monday after she received a congratulatory flower bouquet for her Grammys win. (Getty)

“Thank you Tom Petty for the flowers,” Cardi wrote in a post on her Instagram Story, which has since been deleted. “I left the room but the flowers were very big. I want to say thank you so much."

Cardi also thanked Petty for the accompanying note, describing the words as “beautiful.”

The note quoted Petty’s song “Walls (Circus)," reading, “You’ve got a big heart. So big it could crush this town.”

It remains unclear who sent the bouquet, but fans have been throwing guesses around social media, with some suggesting Chris Brown, while others wondering if Cardi’s nemesis, Nicki Minaj, could have sent the gift.

NEWS: Cardi B Twerks All Over the GRAMMYs Stage for Showstopping 'Money' Performance

While accepting her award at Sunday's ceremony, Cardi was joined by her husband, Offset, on stage, and became emotional during her speech.

"I can't breathe. Oh, my goodness, child," she said. "The nerves. I am so bad. Maybe I need to start smoking weed. I just want to say thank you to everybody that was involved."