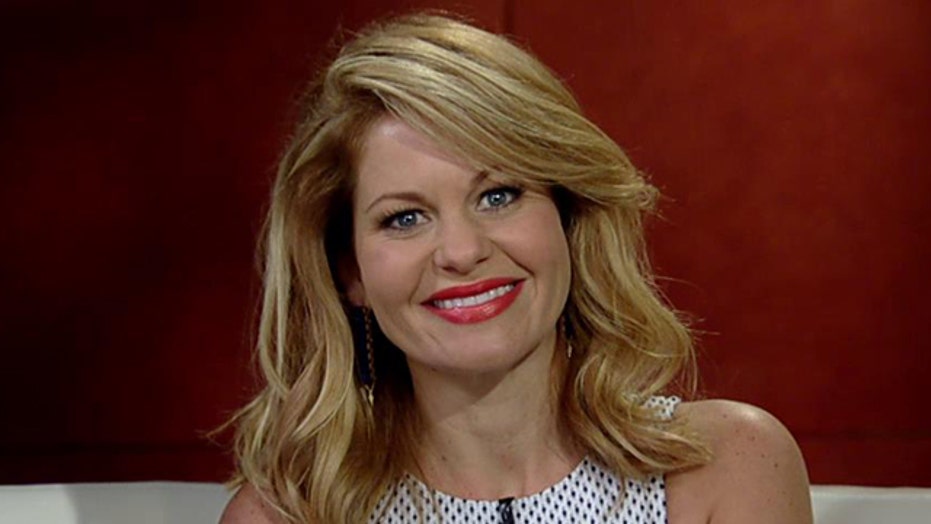 Actress on stepping out of her comfort zone

Candace Cameron Bure’s 2015 was a very full year. The 39-year-old actress landed a co-hosting gig on “The View,” authored the book "Dancing Through Life," starred in four TV movies, and filmed the much-anticipated revival of her hit ‘90s show “Full House.” Bure’s headline-making career moves, and multi-platform success, make her FOX411’s Entertainer of the Year.

But which accomplishment meant the most to her?

“‘Fuller House’ ... that probably has been the highlight for me this year,” Bure told FOX411. “It was just amazing to come back and be able to do this spinoff show and work with people that are most dear to me in my life and have a better time the second go around than we could have even imagined. It feels like home, it feels like family and it’s really fun and just a great show.”

“Full House,” which ran for eight seasons, is something that Bure is still thankful for, especially since the series led to the reboot “Fuller House,” which premieres on Netflix in February.

“I think that ‘Full House’ has had such success and longevity because it just has stayed true to family viewing television,” she said. “To come back and be able to do ‘Fuller House,’ I mean, we all knew that the fans wanted it because it’s all we get asked about. So as we worked on ‘Fuller House’ a couple of years before we were able to announce it, we knew the anticipation would be great from the audience and it has only proven to be even more than what we already knew.”

And this year, when Bure wasn’t on the West Coast filming “Fuller House,” she was on the East Coast shooting “The View.”

“The best part of [‘The View’] is learning how to do something new within my industry because I never thought I would be a talk show host; I’ve never done anything from a journalistic point of view—so this is very new to me,” she said.

Bure has come to love interviewing people and sharing her opinions, but her job at “The View” isn’t a piece of cake.

“The most challenging part has been the schedule for me because I am in New York to do ‘The View.’ I live in Los Angeles. ‘Fuller House’ is taped in Los Angeles, so I am flying home every weekend to see my family.”

In fact, if she could change something in 2015, Bure would focus on creating more of a balance between her family life and work life.

“If I had to do it over, I would figure out how to balance my family life a little better,” she said. “While this year has been so successful for me in my career, my career takes me away from my family so that is always the juggle and the balancing act. I think I would go back find those little nuggets and find where I sat on my computer too long when I could have been hanging out with my kids.”

Bure hopes her children have learned to be hard workers from her example.

“In all things you do, honor the Lord, and in all things you do, work hard,” she shared. “It really is all about the effort you put in while keeping your integrity and your character. That’s why first and foremost I want my kids to respect themselves and honor God and to then just work hard. Even if someone hands something to you, it never feels as good as when you’ve earned it yourself.”

Bure is satisfied with her successful year and has even higher hopes for 2016.

“It has been a really amazing year. These are all things I’ve been working toward for so long and I’ve been praying about so specifically for so long. I’m hoping that ‘Fuller House’ gets a second season, I’m still on ‘The View;’ I’m going to be doing several more Hallmark movies; I would probably love to write my fourth book somewhere in 2016.”