The office of Special Counsel Robert Mueller rocked the media industry Friday night by refuting a bombshell BuzzFeed News report that would have directly implicated President Trump in a crime – but instead provided critics of modern journalism with their latest round of ammunition.

BuzzFeed published the report late Thursday, citing two anonymous federal law enforcement officials, who alleged that the special counsel had evidence that the president directed his former attorney and fixer Michael Cohen to lie to Congress about dealings regarding a potential Trump Tower in Moscow during the 2016 election.

While liberal news organizations couldn’t confirm BuzzFeed’s report, they did use it as the impetus to talk about impeachment for much of the day.

Industry insiders were skeptical from the jump, as prestigious news organizations such as the New York Times couldn’t match the damaging report. Trump’s legal team immediately dismissed the account, the details of which have not been confirmed by Fox News. Many news organizations were quick to add disclaimers such as "if true" throughout the day as they covered the report.

Then, in an unprecedented move, the office of the special counsel released a statement that pushed back hard against BuzzFeed’s alleged scoop.

“America has never seen anything like this. All the media errors are always anti-Trump. ... That's what happens when the press stops trying to report fairly and becomes a bunch of lefty activists.”

BuzzFeed editor-in-chief Ben Smith responded to the statement from the special counsel, tweeting, “We stand by our reporting and the sources who informed it, and we urge the Special Counsel to make clear what he's disputing.”

While Mueller’s team and BuzzFeed clearly don’t agree, the statement includes a lot of gray area -- and its unclear what the Special Counsel’s Office actually disputes. One thing that most people can agree on is that the situation is brutal for a journalism industry plagued with perceived bias and claims of “fake news.”

“The major problem is that the news industry is over-eager to cover the Mueller probe, but has very little confirmed content with which to work. Mueller's office has been remarkably disciplined and leak-free, leaving hungry reporters little with which to work, other than the formal court documents, which hardly satisfies the news industry's hefty appetite on this matter,” McCall said. “The media has consistently outkicked its coverage on the special counsel story, and this BuzzFeed situation, with its curious sourcing, is more evidence.”

President Trump took to Twitter shortly after the BuzzFeed report was disputed, once again calling the “fake news” media the “enemy of the people.”

Dan Gainor, a vice president at the Media Research Center, told Fox News that “no one hurts journalism more than journalists” and that President Trump “scores big” when the media runs with inaccurate reporting.

“America has never seen anything like this. All the media errors are always anti-Trump. That's not a bug, it's a feature. That's what happens when the press stops trying to report fairly and becomes a bunch of lefty activists,” Gainor said.

Daily Caller media editor Amber Athey expressed a similar sentiment, saying that BuzzFeed’s story is “the latest in a long line of bad reporting on the Russian collusion investigation.”

“Journalists are so desperate to pin crimes on the president that they have no sense of skepticism when it comes to this story. The media should’ve had a wakeup call when CNN falsely claimed that [Anthony] Scaramucci was under investigation, but instead they keep relying on the same untrustworthy leakers and thus keep getting burned,” Athey told Fox News.

“Journalists are so desperate to pin crimes on the president that they have no sense of skepticism when it comes to this story.”

According to BuzzFeed’s now-questionable report, the sources said that the special counsel learned of Trump’s alleged wrongdoing “through interviews with multiple witnesses from the Trump Organization and internal company emails, text messages, and a cache of other documents.”

Jason Leopold and Anthony Cormier – who co-bylined the disputed story – tried to double down on their reporting earlier on Friday. Cormier went on CNN and stated that he did not see any of the evidence, but that the two unnamed law enforcement officials have, referring to the sourcing as “rock solid.”

Meanwhile, Leopold appeared on MSNBC and claimed “we’ve seen documents and been briefed.” And when asked by Mediaite to comment on what Cormier said on CNN, Leopold responded, “Yes. Anthony said HE had not personally seen the documents.”

The Hill media reporter Joe Concha told Fox News that is appears “somebody is lying.”

When the rare public statement came from Mueller’s office, the reaction from journalists and media watchdogs was overwhelming. Pulitzer Prize-winning journalist Ronan Farrow even weighed in, telling his Twitter followers that he himself declined to run with elements of what he described as a “narrative.”

“I can’t speak to BuzzFeed’s sourcing, but, for what it’s worth, I declined to run with parts of the narrative they conveyed based on a source central to the story repeatedly disputing the idea that Trump directly issued orders of that kind,” Farrow said. 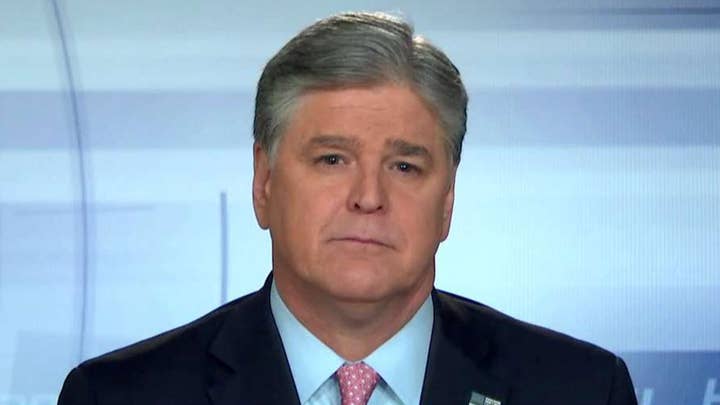 Jon Levine, media editor for the Wrap, tweeted that “it’s clear” that based on the special counsel’s statement, BuzzFeed’s story was “not ready for the wall-to-wall cable news coverage it received.”

Added DePauw's McCall: "This has all led to the media being exploited and worked by the anti-Trump forces, primarily shrill and grandstanding Democrats, who have the opportunity of this curious BuzzFeed story to push the impeachment narrative.

“On the matter of the Mueller investigation," McCall continued, "the citizenry really needs the journalism industry to be measured and deliberate and accurate. Sadly, it seems the news world can't discipline itself sufficiently.”

“If there is a 'there' to this story, it will surely present itself in due time. Sensible reporters should go where the story leads and, when confirmed, information can be disseminated.”

He concluded: “If there is a 'there' to this story, it will surely present itself in due time. Sensible reporters should go where the story leads and, when confirmed, information can be disseminated.”