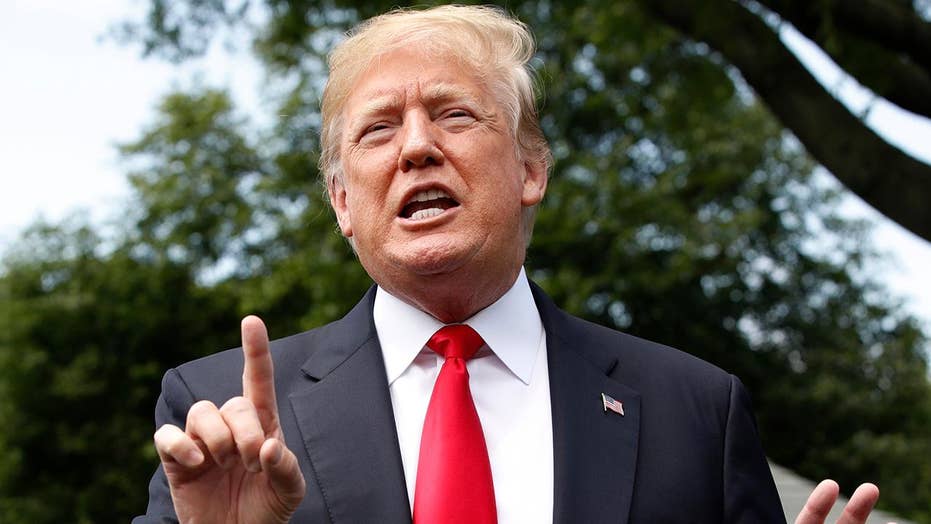 Journalism got a lot smaller last week. The media lost two of their biggest names – author and journalist Tom Wolfe and Interview Magazine.

The industry is diminished, left with its war against President Trump as journalists battle over whether an informant sent to spy on the Trump campaign is actually a “spy.”

That is part of their larger anti-Trump crusade, but it’s also tied to how negatively the press is viewed generally.

Tesla CEO and tech wunderkind Elon Musk provided a huge example of the anger at the media, tweeting: “Going to create a site where the public can rate the core truth of any article & track the credibility score over time of each journalist, editor & publication. Thinking of calling it Pravda.”

Notice how the idea of one political party using the FBI to spy on another isn’t the constitutional crisis in the eyes of the media.

Reporters skewered Musk. The Washington Post called out his “meltdown” and Politico dubbed him “a Media Assassin.”

But 88 percent of those who voted in Musk’s Twitter poll supported his Yelp for news media.

The press still has a large number of opportunities to defend itself. The new documentary series “The Fourth Estate” on Showtime chronicles 16 months at The New York Times.

By the tone of the trailer, the series is a wonky version of a WWE smackdown – The Gray Lady vs. The Donald. Sadly, even the paper’s own reviewer called it “reasonably competent, but it’s also superficial and oblivious a little more often than one might like.”

There’s a metaphor in there somewhere. Or just save yourself time and watch this hilarious Seth Meyers skit about “The Post” called “Newspaper Movie” that makes fun of the term “the fourth estate.”

Journalists get no respect, especially from the president. They were furious over “60 Minutes” Correspondent Lesley Stahl’s claim that President Trump deliberately tries to “discredit” and “demean” the press “so when you write negative stories about me, no one will believe you.”

Williams asked, “are they likely to react to a remark like that?” And this is a man who knows all about how to “demean” and “discredit” his profession.

Stelter’s “cynical” theory was that “60 Minutes” delayed the story because it “thought Trump would agree to an interview last fall. I think now it’s 18 months, they’ve given up.” He left out that such a long time raises big questions about the agenda behind Stahl’s timing.

The media overreaction to this “revelation” is typical. Journalists act surprised when politicians on the right criticize the press, though they do it all the time. Because the press is biased against them.

Even funnier was the part of the interview that didn’t get much attention. Stahl noted that “Democrats think that reporters are on their side” and “expect reporters to be kind to them and gentle.” Kudos to Stahl for at least admitting that “they assume we’re liberals and we’re going to be on their side.” Now try finding the media addressing that part of her interview.

2. Depends on What the Definition of ‘Spy’ Is: The media are in an uproar because President Trump called the “informant” investigating his campaign a “spy.” The Times led with this classically parsed headline: “F.B.I. Used Informant to Investigate Russia Ties to Campaign, Not to Spy, as Trump Claims.”

The Times didn’t name him, stating it “typically does not name informants to preserve their safety.” That was May 18. Four days later, Professor Stefan Halper was a headline in The Washington Post as the informant.

“Spygate” was suddenly the news and journalists even resented that. The Associated Press reported that President Trump used the term to “raise suspicions about the probe that has dogged his presidency since the start.”

The press grew obsessed with the “S” word, even though former Director of National Intelligence James Clapper admitted “they were spying” on Russians and their potential ties to the Trump campaign. CNN warned of President Trump’s “paranoia.”

The president’s call for an investigation prompted NBC White House Correspondent Kristen Welker to ask: “Is the president threatening the longstanding independence of the Justice Department?”

NBC’s “Meet the Press” Moderator Chuck Todd termed it a “constitutional crisis” and wondered: “Are the president's systemic attacks on the Justice Department undermining the rule of law as we know it?”

Notice how the idea of one political party using the FBI to spy on another isn’t the constitutional crisis in the eyes of the media.

MSNBC guest and former Deputy Assistant Attorney General Harry Litman said President Trump’s criticisms were akin to the Nazi bombing of London during The Blitz. “Look, the Justice Department is under a shelling from the White House. It’s like London 1941 there,” he argued.

Even the AP Fact Check of President Trump’s comments on the investigation wasn’t able to handle reality. AP objected to Trump’s factual statement that “The Witch Hunt finds no Collusion with Russia.”

The Fact Check argued that “there has been no definitive resolution as to whether the Trump campaign coordinated with Russia in the 2016 election.” Somehow AP didn’t grasp that, until proven otherwise, Trump is correct to say that there is “no collusion.”

3. NFL Takes a Stand on Kneeling: The NFL is still trying to figure out the right play to defeat President Trump on the issue of players kneeling during the national anthem. The league is now saying it will levy fines on teams if players kneel, but it will also allow players to stay in locker rooms to avoid the anthem entirely.

The media were naturally opposed to the new rule. SB Nation called it “a laughably terrible idea.”  USA Today Sports’ Dave Birkett said showing respect for the anthem “smells of a military state.”

New York Times National Security and Legal Reporter Charlie Savage argued that the “long-term solution to this is just to depoliticize the games entirely.”

MSNBC went out of its way to push the anti-kneeling agenda. “Hardball” host Chris Matthews turned to ex-NFL wide receiver Donte Stallworth. He’s a former 9-11 truther and served all of 30 days for killing a man while driving drunk. Great guy to support a protest of the national anthem.

Stallworth called it the “height of hypocrisy” for people to not support the protest, perhaps forgetting that his critics also have free speech rights.

Law & Crime Network Host Amy Dash even claimed that “this is all feeding Kaep's (Colin Kaepernick’s) attorneys with golden evidence of an improper influence by the WH on NFL and its owners to support collusion case.” Because presidents never use the bully pulpit to express their feelings on news.

Of course, many in the media also predictably freaked out when President Trump said of the protesting players: “Maybe they shouldn’t be in the country.”

Stephen Espinoza, the president of Showtime Sports, responded: “That doesn’t sound dictatorial at all.”

They still don’t grasp that he’s trolling them.