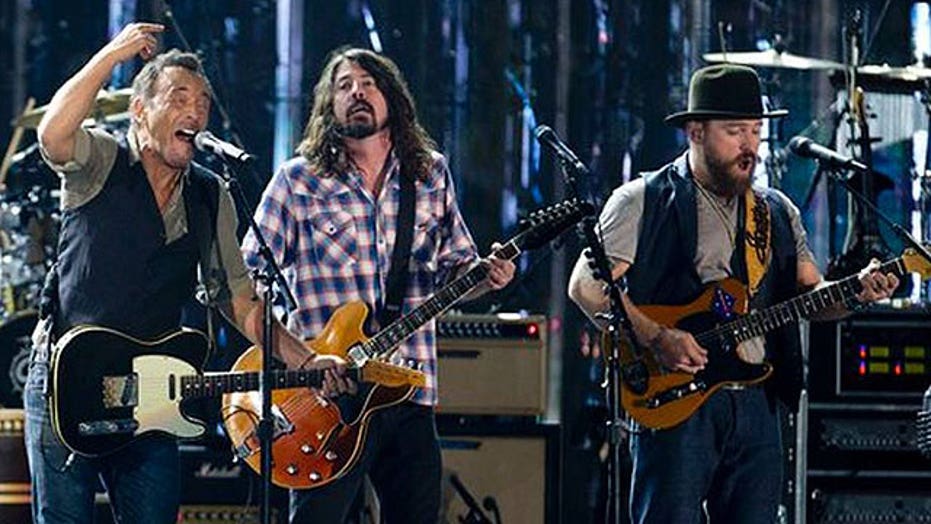 Bruce Springsteen under fire for song at veterans' concert

Bruce Springsteen has canceled his concert in Greensboro, North Carolina, this Sunday in protest of the state’s new law that requires transgender people to use public bathrooms conforming to the sex on their birth certificates and restricts protections for LGBT people.

Springsteen explained his decision in a lengthy statement to fans.

“As you, my fans, know I'm scheduled to play in Greensboro, North Carolina this Sunday. As we also know, North Carolina has just passed HB2, which the media are referring to as the ‘bathroom’ law. HB2 - known officially as the Public Facilities Privacy and Security Act - dictates which bathrooms transgender people are permitted to use. Just as important, the law also attacks the rights of LGBT citizens to sue when their human rights are violated in the workplace. No other group of North Carolinians faces such a burden. To my mind, it's an attempt by people who cannot stand the progress our country has made in recognizing the human rights of all of our citizens to overturn that progress. Right now, there are many groups, businesses, and individuals in North Carolina working to oppose and overcome these negative developments.”

The rocker added he felt it was not the right time for him and the E Street Band to perform in North Carolina.

He continued, “Taking all of this into account, I feel that this is a time for me and the band to show solidarity for those freedom fighters. As a result, and with deepest apologies to our dedicated fans in Greensboro, we have canceled our show scheduled for Sunday, April 10th. Some things are more important than a rock show and this fight against prejudice and bigotry - which is happening as I write - is one of them. It is the strongest means I have for raising my voice in opposition to those who continue to push us backwards instead of forwards.”

"Bruce Springsteen is a hero and an icon because he gives voice, both through his music and his advocacy, to those who struggle against injustice and equality," Human Rights Campaign President Chad Griffin said in a statement, reacting to the Boss' announcement.

"It means so much that he has spoken out against this hateful bill on behalf of thousands of citizens whose rights and fundamental dignity are being trampled by the leadership of North Carolina."

Tickets for Sunday’s show will be refunded.

In the wake of the new law, PayPal announced it canceled a major expansion in the state, and Lionsgate decided to move the filming for the pilot episode of a comedy series from North Carolina to Canada.