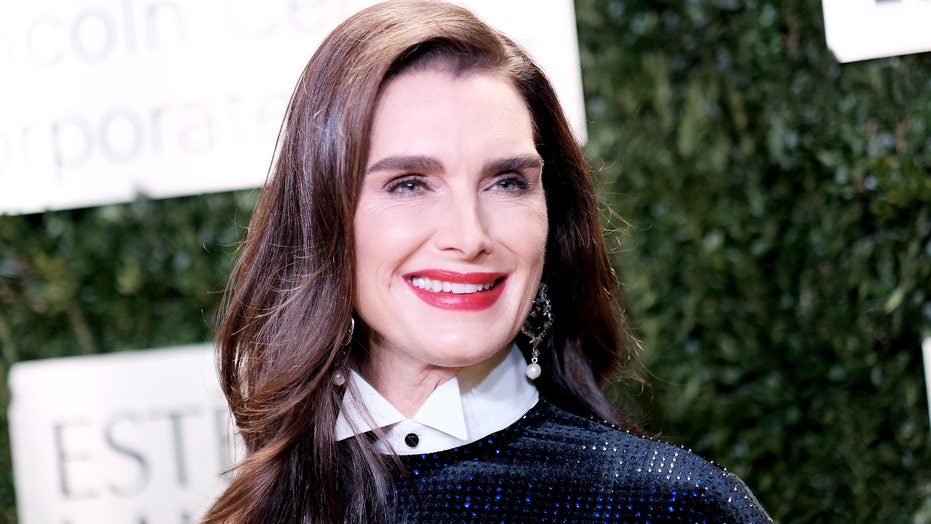 Brooke Shields is having fun in the sun and showing off her fit figure while she's at it.

The 54-year-old took to her Instagram Monday to share a full-body shot of herself walking out of the ocean in Puerto Rico, channeling the unforgettable role she played as a teen.

"another blue lagoon 💙," said the actress, referring to her lead role as Emmeline Lestrange in "Blue Lagoon," which came out in 1980.

The actress was just 14 years old when she and actor Christopher Atkins portrayed two children shipwrecked on an island who fall in love.

BROOKE SHIELDS OPENS UP ABOUT TEACHING HER DAUGHTERS BODY POSITIVITY

Actress Kelly Rutherford also was a fan of the sexy snap, writing, "Beautiful" with a red heart emoji.

Last month, the actress opened up to People Magazine at the Glamour Women of the Year Awards in New York City about how she's taught her two daughters -- Rowan Francis, 16, and Grier Hammond, 13 -- about being confident in their bodies.

“Their bodies are so important to them,” Shields told the outlet. “Whatever you say is heard, so you have to really be careful how you say whatever it is you’re saying to girls in particular.”

“I really have to be like, ‘How would this sound if it was said to me at 13?’" she explained. “I celebrate the differences in their bodies.”

The supermodel has been vocal about her own body-image issues. While appearing on Dr. Oz in October, Sheilds admitted to a "disconnect between my head and my body" as a kid.

“… I'm now starting to celebrate my body in a way that I never felt free to do it as a kid,” she told Dr. Mehmet Oz.

Shields' modeling career began when she starred in an Ivory Soap ad at 11 months old. At 14, she became the youngest model to ever appear on the cover of Vogue Magazine.

She’s slated to be seen next in the comedy “My Boyfriend’s Meds,” in February 2020.