Fox411 Breaktime: Jolie says her family is determined to be strong

Brad Pitt's son Pax has shared a touching tribute to his dad in honor of the Hollywood actor's 55th birthday.

Pax, 15, marked the occasion with an awkward throwback photo of the star, playfully calling him a "stud" in the caption.

The teen also revealed that he is spending the day with his father, writing: "Happy Birthday to this stud.

"Love you so much! Can’t wait to see you later."

Pax's older brother, Maddox, 17, also posted a birthday tribute to Brad — sharing a throwback photo of himself with his dad.

He captioned the snap: "Happy Birthday to the coolest dad."

In 2016, it was reported that Angelina decided to file for divorce after Brad and Maddox had a fight on a plane — with the actress requesting full custody of their six children at the time.

According to TMZ, Brad was reported to the Los Angeles Department of Child and Family Services amid allegations that he "attacked" Maddox on the family's flight home to the States from France.

Sources claimed that Brad "was drunk" at the time, with Brad's reps insisting that he "did not hit" Maddox during the altercation.

More recently, sources claimed that Angelina had told Pax that Brad "never wanted to adopt him", with the couple welcoming the three-year-old boy less than one year after Angelina gave birth to their daughter, Shiloh.

Earlier this month, the insider told Us Weekly that the 43-year-old beauty also told the teen that Brad had been left "angry" when she proceeded with the adoption.

The source claimed: "It's harmed his and Brad's relationship, though Brad denied having said that specifically."

Brad and Angelina had been embroiled in a bitter custody battle following their split.

It was reported that Angelina wanted sole physical custody of Maddox, Pax, Zahara, 13, Shiloh, 12, and ten-year-old twins Knox and Vivienne.

Meanwhile, Brad was fighting for joint custody at a 50/50 split - with the actor said to have accused his ex-wife of trying to deny him the right to parent their children.

Angelina accused Brad of not paying any "meaningful" child support since she filed for divorce.

Brad hit back, claiming that he "loaned" her $8 million to help her purchase her current home, as well as paying over $1.3million (£995,000) "in bills for the benefit of [Jolie] and the minor children."

His lawyer, Lance Spiegel, added that Brad "adamantly disputes the contention that he has not paid child support." 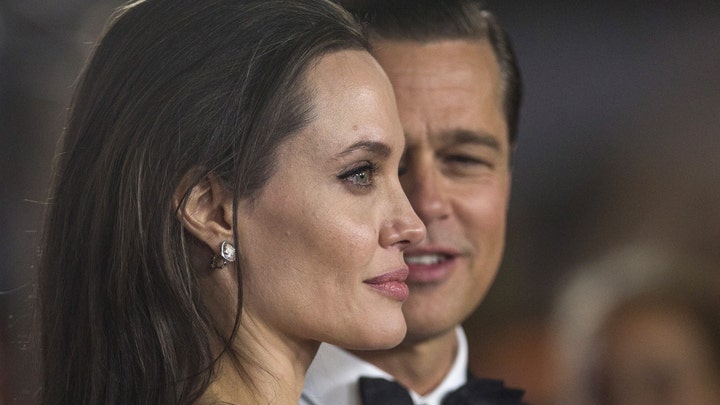 Earlier this year, a judge ordered Angelina to give Brad more time with the children - threatening that he may be granted primary custody if she refuses.

At the beginning of December, it was reported that the pair had finally reached a custody agreement.

Angelina's lawyer, Samantha Bley DeJean, told Reuters at the time: "A custody arrangement was agreed to weeks ago, and has been signed by both parties and the judge.

"The agreement, which is based on the recommendations of the child custody evaluator, eliminates the need for a trial.

"The filing and details of the agreement are confidential to protect the best interests of the children."

Brad and Angelina first started dating in 2005 and split in September 2016 after just two years of marriage.

This story originally appeared on The Sun .