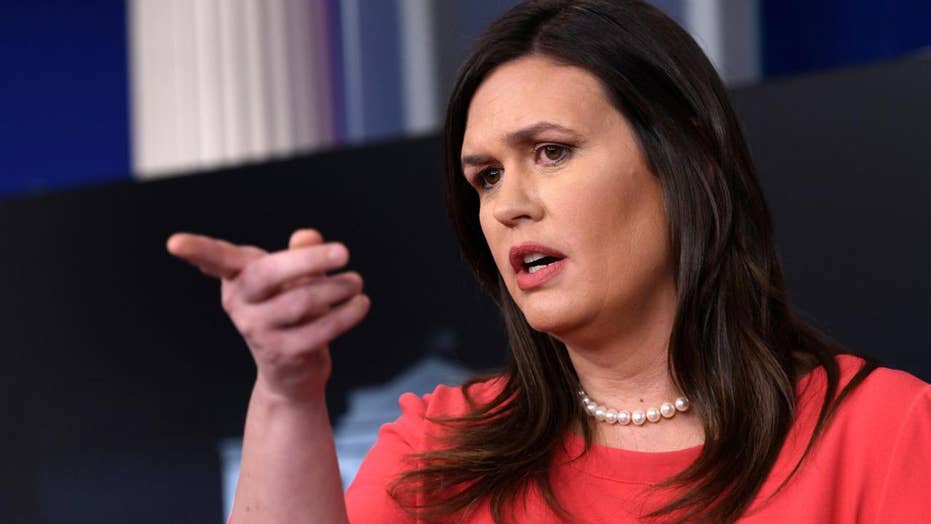 “God told me he hasn't spoken to Sarah Sanders since she was fourteen years old and praying for her skin to clear up. I have no reason to doubt Him,” an on-screen message during the show’s closing credits said.

Media Research Center contributor Rebecca Downs, who noticed and captured the message, pondered if a Democrat would be treated this way.

“It’s also been established that it’s sexist and wrong to go after women for their looks,” Downs wrote. “Is it only liberal women that this applies to?”

CBS did not immediately respond to Fox News' request for comment.

Chuck Lorre Productions places messages referred to as “vanity cards” and appear after each episode of Lorre's shows. So far, there have been 612 different cards to date. The “vanity cards” are visible on the official website of Chuck Lorre Productions, which has placed the messages after “Grace Under Fire,” “Cybill,” "Dharma & Greg,” “Mike & Molly,” “Two and a Half Men,” “Mom” and “Young Sheldon,” in addition to “Big Bang.”

In a November 2016 card, Lorre mocked the "Make America Great Again” slogan as “a bumper sticker for victimhood." The exec has also mocked “The Apprentice” ratings, noting that it didn’t beat his show “Two and a Half Men” back in a 2017 card. The “vanity cards” have been used for everything from political messages to wishing Lorre a happy birthday.

Last month, Lorre's vanity card called Trump the “Gangster-in-Chief” and suggested the president could attack “Pyongyang or Toronto in order to distract from impeachment chatter.”

While Lorre mocked Sanders’ faith, she recently spoke with the Christian Broadcasting Network about a variety of religion-related topics.

“I think God calls all of us to fill different roles at different times, and I think that he wanted Donald Trump to become president and that’s why he’s there. And I think he has done a tremendous job in supporting a lot of the things that people of faith really care about,” Sanders said according to a transcript provided to the Washington Post. “Honestly, it’s very hard at this point to even take a lecture from Democrats on what is moral and what isn’t.”