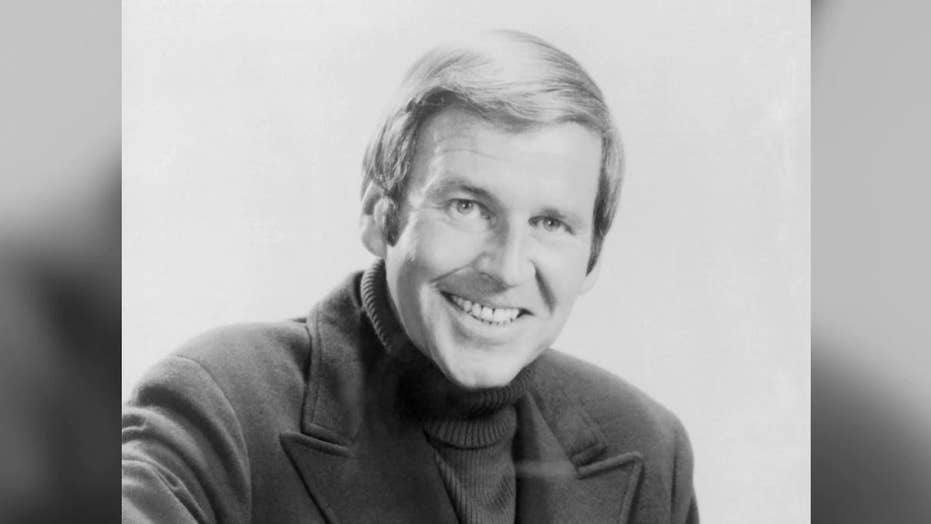 Paul Lynde’s close friends wrote a biography about him detailing his struggles with his career, weight and sexuality.

Paul Lynde may be recognized as a television icon and beloved performer on game show “The Hollywood Squares,” but his real dream was to become a celebrated Hollywood star.

Cathy Rudolph, a close friend of the late actor, published a tell-all in 2013 titled “Paul Lynde: A Biography – His Life, His Love(s) and His Laughter,” which featured a foreword by “Hollywood Squares” host Peter Marshall.

Rudolph will be reflecting on Lynde’s life and career at the Mid-Atlantic Nostalgia Convention being held September 13-15 in Maryland.

“He was a frustrated actor,” Rudolph told Closer Weekly. “He really wanted to be a movie star; that was his dream. That’s why he bought a house that Errol Flynn once owned – he wanted a home like a movie star should have, but he wasn’t one.

"That was his heartbreak. He would say to me, ‘I’m on these small little TVs. People think they know you because they watch you every day; you’re in their homes. I’m on seven times a week with ‘Hollywood Squares,’ and shows like ‘I Dream of Jeannie’ and ‘Bewitched.’ Everybody thinks they know you and they’ll approach you. If it’s a big movie star, they would never approach you.’”

Lynde found fame on numerous TV shows, and he never took the admiration he felt from fans for granted.

“… At the same time, he wanted everybody to notice him,” said Rudolph. “If you wanted his autograph, there was nothing more gratifying for him than to stop and hear somebody say something that made him feel good.

"That’s why he said he would stay after every show two hours just to sign autographs and talk to people. He said, ‘What’s more wonderful than hearing 100 people telling you over and over again how great you are?’ If he was a movie star, he wouldn’t have that, but the reality is that he needed it. He needed his audience. The fact that people loved him was the part of his life that filled the loneliness.”

Perhaps Lynde was hoping becoming a big screen legend would help him overcome his painful past. The magazine noted that growing up, the Ohio native struggled with insecurities concerning his weight and sexuality.

Those feelings of isolation would reportedly plague him throughout his life.

“… When Paul drank too much, he could be vicious and cruel and, as a result, he lost a lot of friends,” claimed Rudolph. “Part of all that came from the fact that he was jealous of a lot of people who were getting better parts. I also think being gay and having to hide it frustrated him.

"He was very lonely and continually pushed people away, though I don’t think he realized that or he couldn’t understand it. I also think he had issues from when he was a child. He was obese – 250 pounds by the time he graduated high school – and had no love life either way. He was just unhappy; I’m guessing he fed himself to fill other needs that he had.”

Rudolph recalled a time when Lynde described his brothers as “baby of the family,” “the athlete,” or “the brains,” whereas he “was the nothing.”

“That feeling from him probably explained it more than anything,” said Rudolph. “Then, as he got older, he was still unable to find the love of his life, and still not getting the Academy Award or whatever he needed to feel good.”

Despite his private struggles, viewers still loved Lynde. He charmed audiences across the country in shows, such as “The Patty Duke Show,” “The Munsters,” “The Flying Nun” and “Gidget." And playing Elizabeth Montgomery’s uncle on “Bewitched” from 1964 until 1972 allowed his comedic talent to shine.

“He used to say to me, ‘I was only on the show 11 times; they must have run a lot of reruns because everybody calls me Uncle Arthur when I go on the street,’” said Rudolph. “The kids especially. And he loved it.”

However, Lynde may not have been all too thrilled about the character Serena, which was played by real-life friend Montgomery.

“He didn’t like anybody to upstage him,” said Rudolph. “He would say to me, ‘There’s nothing worse than me being on stage with kids or a dog, or any animal, because they upstage you,’ and he wanted to be the center of attention.

"The character of Serena was the same thing because she started getting funnier lines than him. She became her own little character, which Elizabeth invented herself because she didn’t want to be the pretty housewife all the time. She wanted to be a little bit wild with wigs, short skirts and makeup… Serena was a pretty powerful character, which made him insecure.”

Lynde died over 30 years ago, but Rudolph insisted his legacy still lives on. And while he wasn’t always popular with other actors when cameras stopped rolling, they couldn’t deny his unforgettable charisma and ability to make viewers smile.