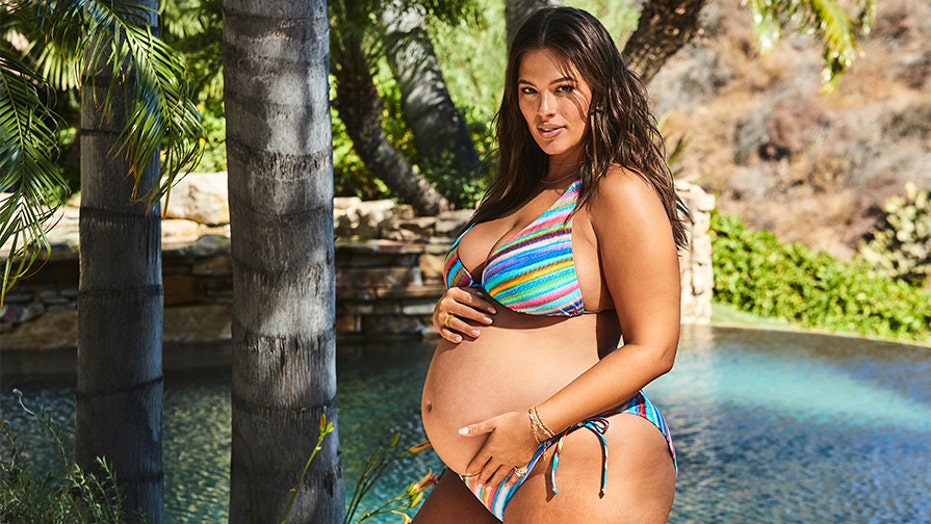 Ashley Graham, who is nine months pregnant with her first child, is proudly kicking off 2020 by flaunting her bikini bod.

The Sports Illustrated Swimsuit supermodel partnered up with Swimsuits For All to launch its newest limited-edition swimwear collection for Resort 2020, marking their fifth anniversary, Fox News has learned.

The sizzling line is meant to honor the 32-year-old as prepares to embark on her new journey as a parent.

“Pregnancy has given me a whole new appreciation for my body, and designing this collection allowed me to truly embrace my new curves and my beautiful baby bump in a swimsuit,” Graham said in a statement sent to Fox News. “I hope this campaign reminds all women that they are sexy and should be celebrated at all stages in their lives.”

According to the retailer, the 11-piece tropical paradise collection will come in sizes 4-24 and feature “lace-up panels, plunging necklines, mixed prints, including tropical exotic and animal prints with mesh underlays.”

Graham has been showing off her growing baby bump on social media in recent months. In an interview with Vogue for its January issue, Graham shared details about her struggle to remain positive as her body began changing.

“I’ve always had control over my body – when everyone else wanted to dictate what it should be, I took full control over it – but I had this life inside of me saying, 'It’s not yours anymore, it’s mine,'" she said.

ASHLEY GRAHAM OPENS UP ABOUT BODY IMAGE AND SEX FEARS DURING PREGNANCY: 'I FELT ALONE'

Ashley Graham is nine months pregnant. (Photo courtesy of Swimsuits For All.)

It wasn't long until the model was surrounded by her own "secret society" of women offering pregnancy and birth advice. This led to her receiving firsthand, funny insight from comedian Amy Schumer and reality star Kim Kardashian.

SUPERMODEL ASHLEY GRAHAM REVEALS SHE'S PREGNANT: 'LIFE IS ABOUT TO GET EVEN BETTER'

ASHLEY GRAHAM REVEALS THE SEX OF HER BABY TO ELLEN DEGENERES

Still, Graham stressed pregnancy presents new challenges — in and out of the bedroom.

"I feel like every relationship goes in waves of sex. You're like, 'Hey, do we need to plan this?' And now, with pregnancy, things have been real-ly diff-er-ent," she recalled.

"Because there's this huge bulge that can be sensitive if you lay on it or go into a new position. I've been literally asking every single one of my friends who have had babies or who're pregnant, like, 'What positions do you guys do?' This has to be a normal conversation among mothers."

Last month, the mother-to-be revealed on "The Ellen DeGeneres Show" that she is expecting a baby boy.

ASHLEY GRAHAM GETS CANDID ON MISS UNIVERSE, BEING A SEX SYMBOL AS A PLUS-SIZE MODEL

Ashley Graham is eager for motherhood. (Photo courtesy of Swimsuits For All.)

The model admitted to Vogue that she is clueless when it comes to the opposite sex.

"I don't know anything about boys, so I'm excited."

Graham has been married to videographer Justin Ervin since 2010.

Back in 2017, Graham told Fox News she felt honored to be recognized as a sex symbol.

“I think it’s fantastic!” she said at the time. ”I think that women should definitely follow other women that they find sexy, that they find intelligent. You have different role models for different purposes. I think that’s important. And I love all of my female followers. And my men followers, too. Hi!”